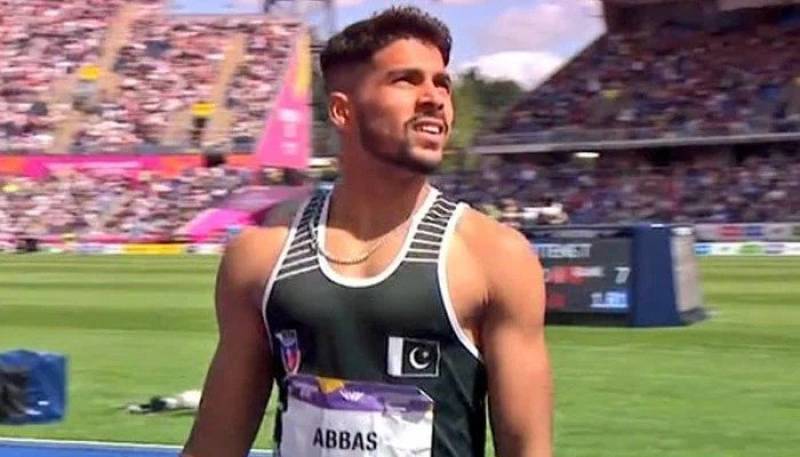 BIRMINGHAM – Pakistani sprinter Shajar Abbas has rekindled hopes for winning another medal for the country as he has qualified for the final of 200 meter race competition at the Commonwealth Games (CWG) 2022 in Birmingham.

Besides becoming the first Asian to reach the final 200-m sprint in ongoing mega sports events, he is the first Pakistani athlete ever to qualify for the final round.

Shajar clocked 20.89 and finished third in first round of semi-final race. After being unable to directly reach final from heat result, Shajar’s qualification was depending on the timing of other sprinters.

According to game rules, top two players from each of three semi-final rounds along with two best timers had to qualify for the final sprint.

In second round, no athlete other than the top two positions could beat Shajar’s timing and in third race Eswatini’s Sibusiso Matsenjwa clocked 20.81 and Kenya’s Mike Mokamba Nyangau finished at 20.90 – 0.01 seconds behind Shajar Abbas.

By being in top 8 finishers, Shajar reached the final of 200m race which is scheduled to be held tonight.