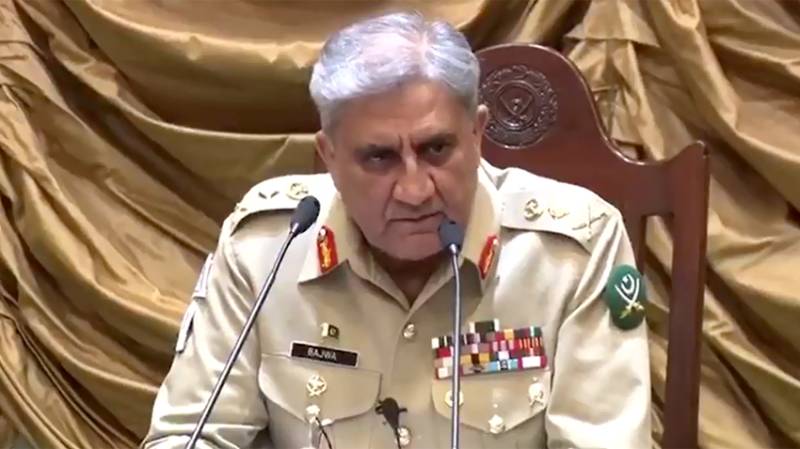 The Saudi Chief of General Staff expressed deepest condolences over tragic loss of precious lives due to helicopter crash in Lasbela.

As many as six personnel of Pakistan Army, including Commander 12 Corps Lt Gen Sarfraz, embraced martyrdom in the tragic crash when an army aviation helicopter went down due to bad weather on Monday evening near Balochistan's Lasbela.

The wreckage of a military helicopter was later found in Musa Goth, Windar — around 80km northwest of Karachi on Tuesday.

KARACHI – Funeral prayers of six Pakistan Army officers, who martyred in a helicopter crash in Balochistan this ...