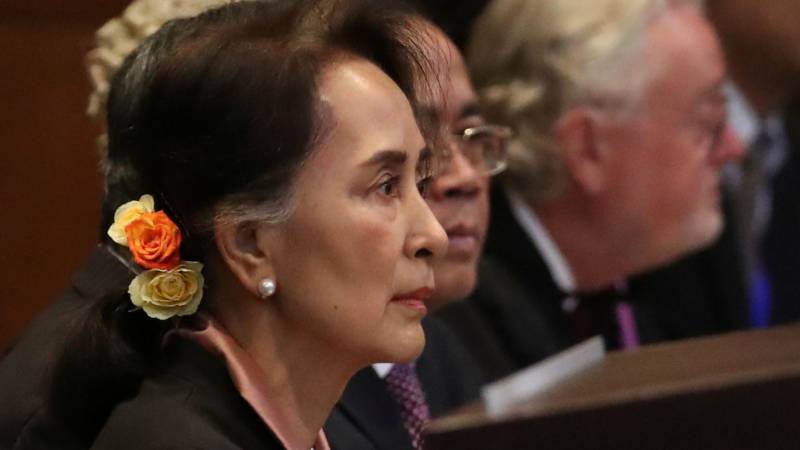 NAYPYIDAW – A Myanmar court has sentenced deposed leader Aung San Suu Kyi to four years in prison on incitement charges and breaking Covid-19 rules – the first in a series of verdicts that could keep the Nobel laureate detained for the rest of her life.

The former de facto leader of the Southeast Asian country has been detained since the military general staged a coup and ousted her government ending a brief period of democracy in the country.

Suu Kyi, 76, was earlier detained by the army and was charged in more than a dozen cases including corruption that add up to combined maximum sentences of more than 100 years.

Her secret trial has been closed to the media, while the military-run government has barred Suu Kyi’s lawyers from interacting with the media and general public. Rulings on two of those charges for inciting public unrest against the army and breaching covid induced rules, she received a sentence of two years for each charge, per reports.

The daughter of the hero of Myanmar’s independence from British colonial rule spent years under house arrest under a previous military administration. She later walked free in 2010 and led her National League for Democracy (NLD) to a landslide victory in the 2015 general polls.

NLD remained triumphant in November last year but the army claimed that the vote was rigged and captured power weeks later and since the military takeover, the country has been in turmoil, in wake of huge protests and instability.

More than 1,300 people have been killed so far in the clampdown, per a human rights group’s report that holds the country’s security forces responsible for the killings. More than 350 opponents of the coup have also been sentenced to jail or to death.

Meanwhile, Amnesty International’s said the sentencing of Suu Kyi was done on bogus charges and is the latest example of the military’s determination to eliminate all opposition and suffocate freedoms in Myanmar.

ISLAMABAD – Pakistan has hoped that all parties in Myanmar will exercise restraint, uphold the rule of law, ...