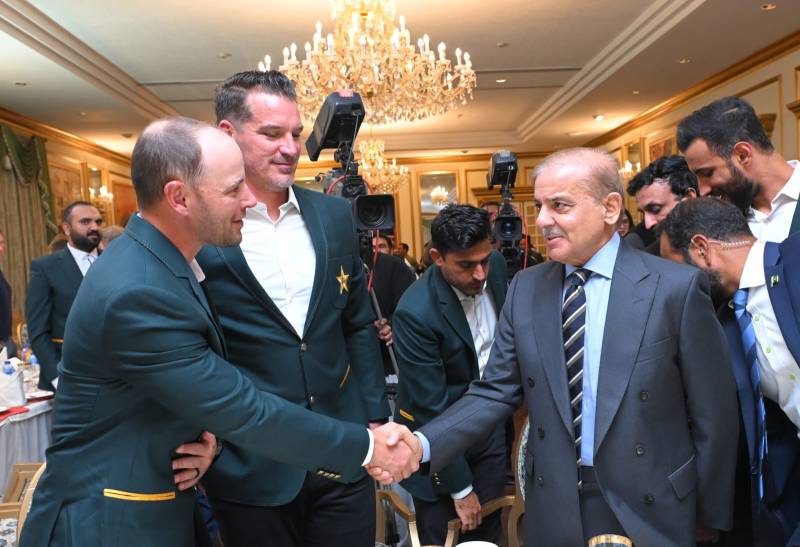 ISLAMABAD – Prime Minister Shehbaz Sharif hosted a dinner for Pakistan and England teams at the PM House on Monday.

Pakistan Cricket Board (PCB) Chairman Ramiz Raja and England and Wales Cricket Board (ECB)'s Managing Director Rob Key and team players were present on the occasion.

During the interaction, the premier commended England players for outplaying Pakistan in their first game of the three-match series.  Recalling the years-long ties, he said the UK had always supported the Pakistani people and further hoped that the cricket team visit would go a long way in building bridges between the two countries.

He termed England’s tour ‘a historic moment’, saying we are having English team in the South Asian country after 17 years. He lamented their situation during England’s last visit in 2005 when Pakistan was facing terrorist attacks.

📸 Dinner hosted for the Pakistan and England teams at the PM House in Islamabad#PAKvENG pic.twitter.com/nTXeCn6DB3

We beat terrorism after paying huge sacrifices as tens of thousands of citizens, including troops and civilians, laid their lives.

PM Shehbaz hoped that the historic cricket series between Pakistan and England would strengthen ties between the two sides, and mentioned that Islamabad enjoyed wonderful relations with Britain at different levels and cricket was one of them.