Amid tensions with US, Iran announces not to observe restrictions on uranium enrichment 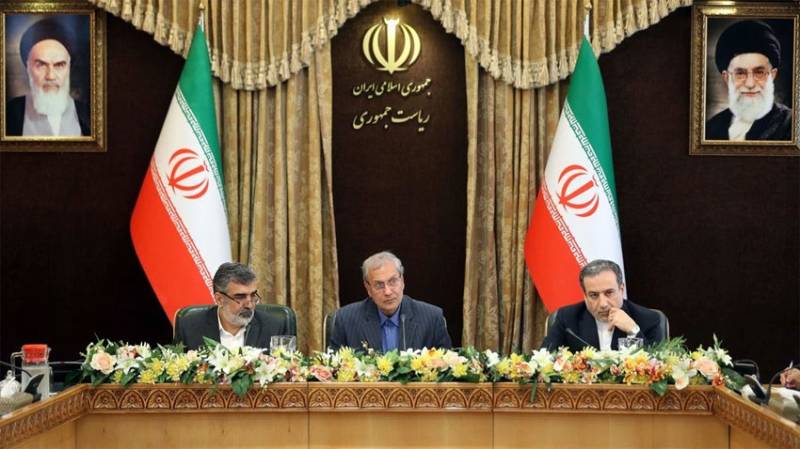 TEHRAN - Iran has announced that it will no longer abide by any of the restrictions imposed by 2015 nuclear deal.

According to media reports, the announcement followed a meeting of the cabinet in Tehran, according to which, Iran would not observe limitations on enrichment.

On the other hand, Iranian Foreign Ministry Spokesman Abbas Mousavi criticized as unconstructive some Europeans' stances over the recent U.S. assassination of senior Iranian military commander.

Meanwhile, the US embassy compound in Baghdad was targeted in an attack last night. However, there are no reports of casualties.

On the other hand, US President Donald Trump has warned Iran a harsh response if the latter decides to target an American base or American citizens.

Trump's statement comes amid the mounting tensions between the two countries over the killing of top Iranian general Qasem Soleimani near Baghdad airport.

"The United States just spent Two Trillion Dollars on Military Equipment. We are the biggest and by far the BEST in the World! If Iran attacks an American Base, or any American, we will be sending some of that brand new beautiful equipment their way ... and without hesitation!," Trump tweeted on Sunday.