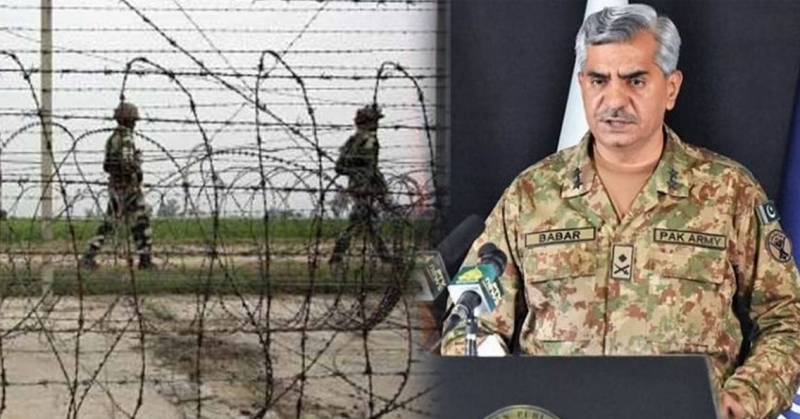 Addressing a crucial presser on Right to Self-Determination Day, the military spokesman rejected ridiculous Indian claims about infiltration near Line of Control (LOC) and called out the Indian Army for targeting innocent Kashmiri civilians.

The Indian Army on Sunday claimed that they killed a Pak-sponsored infiltrator who was trying to cross the Line of Control (LoC) in the Keran sector.

Indian GOC 28 Infantry Division stated that an attempt by the Pak Army's Border Action Team was made in the Keran sector. Swift action by troops on the LoC foiled the bid and eliminated the terrorist - 'a Pakistan national'.

Fake Indian media who act as puppets under the Modi-led fascist government claimed that the dead person, identified as Mohammad Shabir Malik, was a member of the Pakistan Army's Border Action Team.

As the Indian propaganda machine disseminated fake news to disturb the peace, the Pakistan Army spokesman said the Indian army staged a fake encounter in the Kirin sector which is in front of Neelum Valley.

ISPR spox said that the photos circulated by Indian media of the alleged terrorist named Shabbir is not only alive but is present at home in the Azad Kashmir area of Sharda.

Noting that India has martyred several Kashmiris before this around the LoC area, he said that the truth is that it has already tried to externalize Kashmir's indigenous freedom struggle.

RAWALPINDI – A brigade commander-level meeting between India and Pakistan was held on Friday at Rawalakot - ...

ISLAMABAD – Pakistan has presented a dossier to the international community comprising solid and irrefutable ...