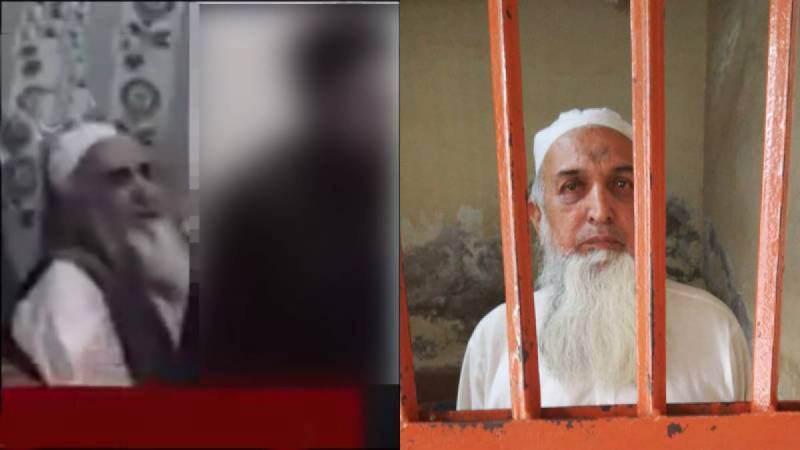 LAHORE – The harrowing clip showing the sexual abuse of a seminary student is unedited and real as no editing features were found in the visual contents, forensic report revealed Monday.

The senior police officer while speaking with media in the provincial capital told that ‘No evidence of editing was found in the video clip according to the forensic analysis report’, although, the ‘DNA test of the accused was tested negative as the crime incident was around two-three years old and the DNA analysis is time-barred,' he clarified.

The report in the case was submitted to a Lahore court. The court was informed that the DNA test did not reveal anything substantives as the heinous incident took place years ago. The forensic report in Mufti Aziz's sexual assault case turned out to be negative due to the delay in medical examination. Earlier on June 26, the court extended the physical remand of Mufti Aziz.

Meanwhile, the sources informed that local law enforcers added Section 295 and Section 298 of PPC against Mufti Aziz. Both of these sections were non-bailable. DIG Investigation Shariq Jamal said the police would complete the accused’s challan on the basis of video evidence.

LAHORE – The forensic report in Mufti Aziz's sexual assault case turned out to be negative as it revealed no ...

Earlier, Rehman denied sexually assaulting the victim contradicting his earlier confession allegedly made during the police interrogation and told the judge that cops were pressurizing him to admit to the crime.

CIA arrested the cleric, accused of molesting his student, and his two sons in separate raids in Mianwali on June 20. The police had later produced him before the local court and sought seven-day physical remand, which was approved by the magistrate.

Previously, IGP Punjab vowed to make the Mufti Aziz ur Rehman case as a test after the cleric was arrested on charges of molesting one of his students. The former JUI-F leader, who has been arrested by Lahore police for sexually abusing his seminary student, will be convicted by the court, Inspector-General (IG) Punjab Police Inam Ghani wrote on his official handle.