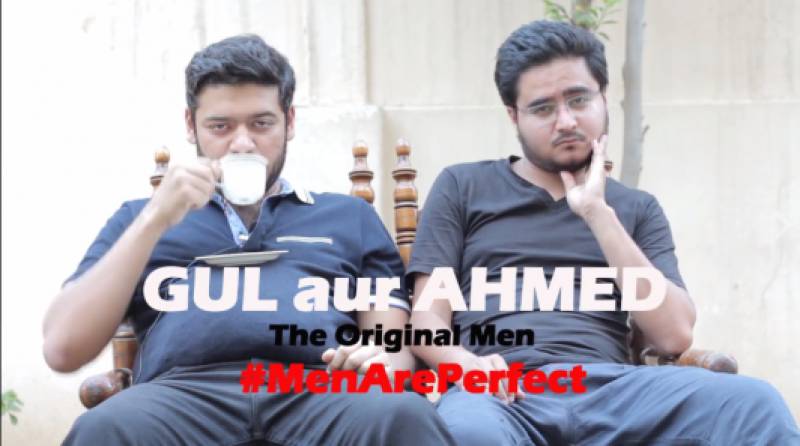 With its new spring collection 2017, Gul Ahmed certainly seems to be breaking the stereotypes of hackneyed, run of the mill and clichéd lawn advertisements.

It mixes hardcore women issues with commercial marketing strategies, and while some have criticized it for its lack of originality, others have praised it for the very bold and well thought out concept behind it.

Despite its negative feedback, Gul Ahmed's TVC was beautifully executed and went viral over social media and public platforms. This has triggered two guys, who have subsequently come to be known as Gul and Ahmed, known for producing comedy content over the Internet, to share their take on the advertisement.

In an overly obsessed feminist world, these two comedians can be seen pushing their own agenda in an attempt to highlight the infamous problems of men that very now and often seem to be sidetracked and buried under the rubble.

In this parody, Gul and Ahmed can be seen mimicking dialogues from the popular lawn ad and applying them sarcastically to the things that men do.

The video closes off with the hashtag, #MenArePerfect. Of course, it's as important for men to stand up for their rights as it is for women!