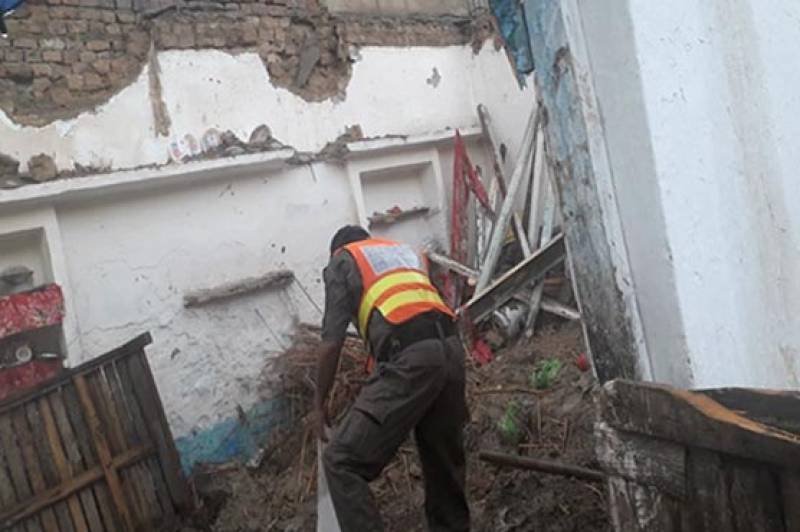 Lahore - At least three people were killed in as rain continues to batter the parts of the country, especially Punjab.

The intermittent rain caused a roof collapse in Okara in which two children have lost their lives while causality was reported in Kabirwala due to the rain.

Last night, flight operation was briefly suspended at the Lahore airport after the Pakistan Meteorological Department issued high alert. As many as six Lahore-bound flights were diverted to Islamabad for landing.

On the other hand, Provincial Disaster Management Authority (PDMA) has issued alert about possible flooding in nullahs of Khyber Pakhtunkhwa (KP).

Earlier, spillways of Rawal Dam were opened after an increase in water level following heavy rain in twin cities. The officials said that the gates of the spillways will remain open for few hours.