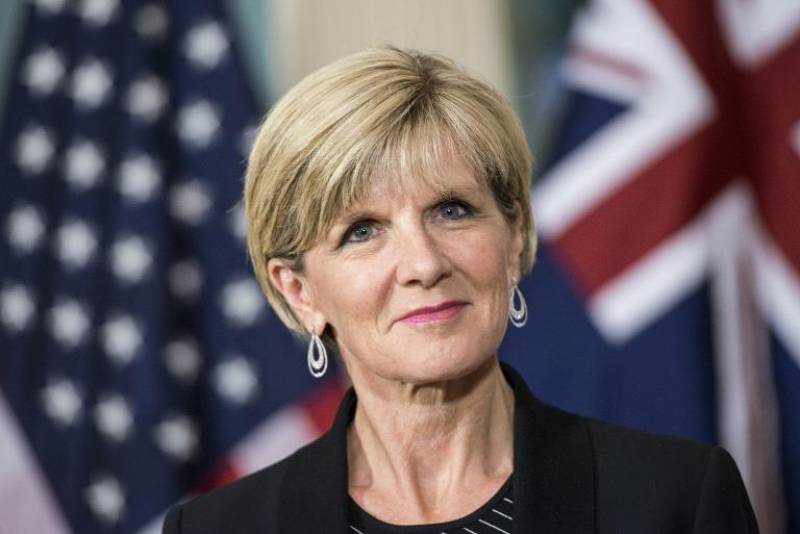 Bishop is scheduled to hold official talks with the Adviser to the Prime Minister on National Security and Foreign Affairs Sartaj Aziz today (Wednesday) at the Foreign Office.

She is expected to meet the Prime Minister Nawaz Sharif and the Chief of Army Staff (COAS) Gen Raheel Sharif tomorrow.

"My visit and meeting with Pakistani leaders is aimed at discussing the growing strength of our bilateral partnership and important regional and international issues," Bishop said on her arrival.

A statement issued by the Foreign Officer earlier said, “Pakistan and Australia will explore the possibilities of further strengthening the existing ties, especially in trade, investment, agriculture, education, sports and defence. There will be renewed focus on elevating economic engagement and boosting bilateral trade.”

Bishop will also deliver a speech on women empowerment and gender equality issues in order to highlight the support of the Australian government to Pakistan in this regard. Her speech would have the audience of senior government officials and lawmakers.

The Australian foreign minister would also visit Lahore on May 7 and meet with Punjab Chief Minister Shahbaz Sharif.

She is also scheduled to inaugurate a project funded by the Australian government.

The foreign minister’s visit comes nearly two months after Pakistan and Australia agreed to enhance cooperation in the field of defence and security, including military training.