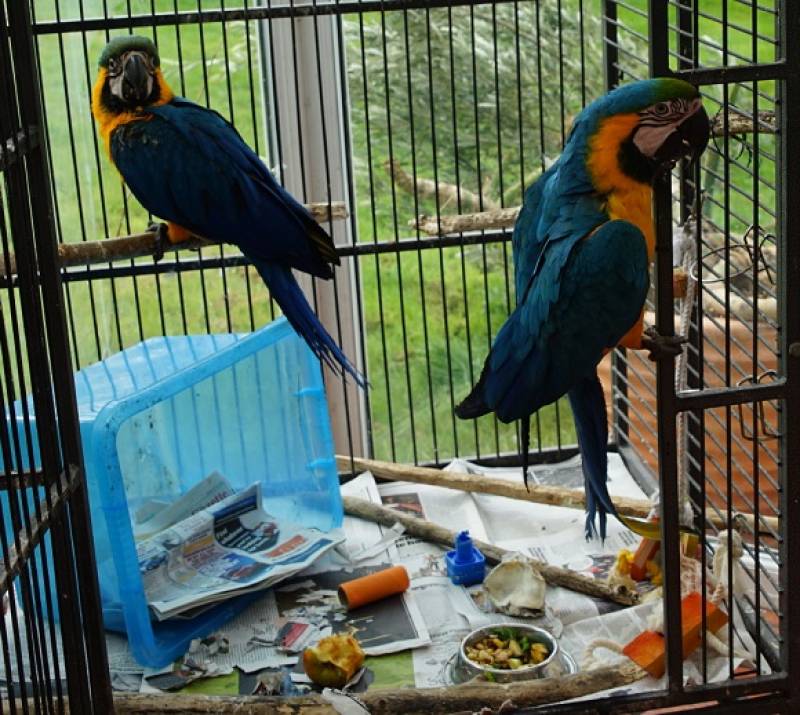 ISLAMABAD - The wildlife department in Rahim Yar Khan on Tuesday rescued dozens of parrots of rare species that were being smuggled to Karachi.

The birds were found during a raid at the Rahim Yar Khan railway station, a spokesperson for the wildlife department said.

"The parrots were locked up in four boxes that were kept in a bogie of the Khyber Mail Express traveling from Lahore to Karachi," the spokesperson said.

According to a wildlife inspector, railways officials were suspected of their involvement in the smuggling bid.

He said carrying rare species of birds from one city to another was illegal.

The birds have been shifted to a wildlife park.