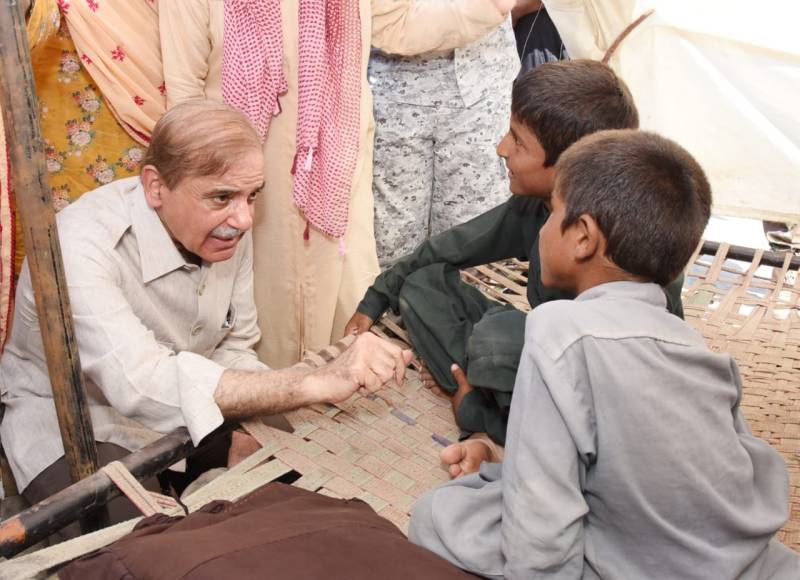 ISLAMABAD – Pakistani premier Shehbaz Sharif lamented that he was forced to go out with a ‘begging bowl’ to first-world countries that are responsible for global emissions.

In an interview with The Guardian, Prime Minister said cash-strapped country should not be forced to go to polluting nations as it faced the worst rain-induced flooding in its history.

We are facing an extraordinary crisis of health, food security, and internal displacement after the “apocalyptical” monsoon rainfall, PM said.

He also clarified his comments, saying “We are not blaming anybody, we’re not casting allegations, what we are we saying is this is not of our making but we have become a victim. Should I be asked to cast my appeal into a begging bowl? That is double jeopardy. That’s unjust, unfair.”

Expressing his views on the global support, Prime Minister said he was grateful for the very touching words and statements, it was all very fine but more important is the practical demonstration of these statements into action.

We appreciate it, but this is not enough…They must come forward with a far better and a far bigger plan to rescue and rehabilitate us and put us back on our footing, he added.

The premier also noted the long-standing promises made by developed countries for climate funds.

He made the statements, days after a United Nations official warns Pakistan is entering a second wave of death and destruction from outbreaks of diseases.

PM further maintained that it’s the responsibility of the countries, that caused these emissions, to stand by us in this hard time, revealing that he has seen this level of destruction, and suffering in his lifetime.

Recalling the plights, he said millions of flood-affected people become climate refugees within their own country, stressing that foreign aid was not enough.

Sharing further details, PM said the “enormity of this catastrophe is beyond our fiscal means,” while adding that the gap between our needs and resources is widening by the day.