US military confirms casualties from explosion at Bagram airbase in Afghanistan 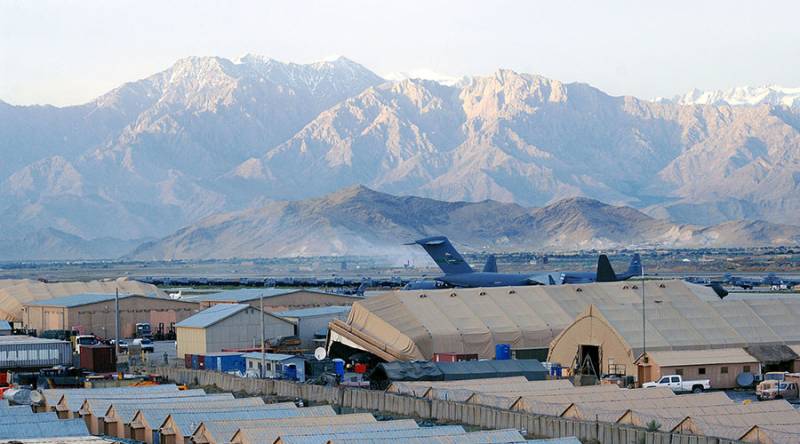 BAGRAM - A suicide bomber has reportedly detonated explosives at Bagram Airbase in Afghanistan, TOLO News reports. The US military has confirmed a "small number of casualties," TOLO said.

Eyewitnesses cited by TOLO reported that multiple people were wounded.

The detonation occurred at one of the entrances to the airbase, according to the news outlet.

It comes just hours after a senior US commander in Afghanistan apologized for a "highly offensive" leaflet which was distributed by US forces in the province of Parwan.

The leaflet depicted part of the Taliban flag, which includes a passage from the Koran, on a dog - an animal which is considered unclean in Islam.

The Taliban responded to the leaflet by saying it showed America's "hatred" for Islam, and that it proves the war in the country is a "war between Islam and unbelief," TOLO reported.

#AFG A suicide attacker on a motorbike detonated his explosives at gate no3Bagram airbase. Attacker targeted US forces, officials in BAGRAM.

It also comes after US President Donald Trump performed a U-turn on Afghanistan, abandoning his previous position of disengagement.

Trump has vowed to "expand authority for American armed forces to target the terrorist and criminal networks that sow violence and chaos throughout Afghanistan" in a new push against the Taliban.

Bagram was the scene of controversy in February 2012, when Korans were mistakenly burned at the base alongside damaged books and texts from the airfield's library. The incident prompted widespread protests and led to multiple deaths.