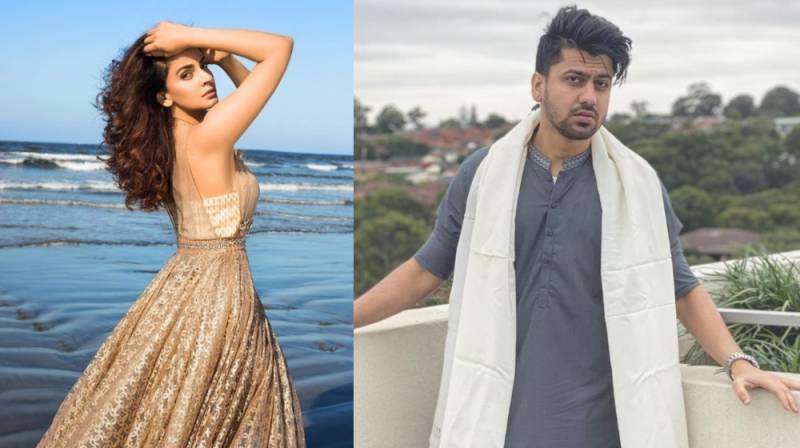 Azeem Khan has opened up about his breakup with Saba Qamar and all the accusations that followed.

Saba, the 36-year-old fashionista, had last week announced she was calling quits with the social media influencer.

Since Azeem's alleged problematic behaviour was claimed as the major reason for an end to their whirlwind Instagram romance, the blogger and entrepreneur recently took to social media to clear the air.

Uploading an IGTV video on his Instagram, he reflected that the Cheekh star broke up with him because of personal reasons and those allegations are not a part of them.

Moreover, he also shared that he wanted to give a reply to people accusing him but he was stopped by someone special in his life.

"RESPONSE, not clarification : to queries,claims and assumptions

My respon[s]e to "all allegations". Its unfortunate we live in a world where the people I attemped to stand up for required clarifications from me against random, proof less and bogus allegations. I now understand why truth is so bitter to hear and dangerous to speak," the post read.

He also explained that why he shared the screenshots from the private group and the dark reality of that closed group.

In the end, Khan claimed his unconditional love for the superstar and said that Saba is his Ishq (love). Further, he accepted the entire responsibility for whatever resulted in a failed romance.

Hence, either he will make things right or will wait for his 'Ishq' Saba.

Leaving social media into a frenzy after accepting a marriage proposal on Instagram, Qamar and Khan's dynamic was adored by everyone but now the chapter is closed.

An actress par excellence, Saba Qamar has lately been more visible than any other celebrity in Pakistan. From sizzling ...