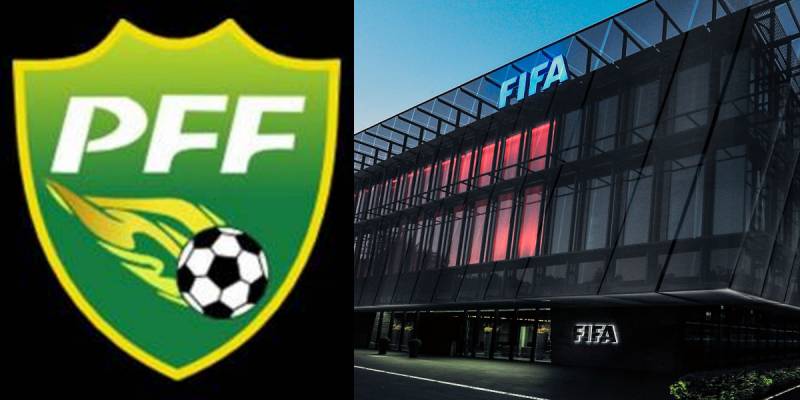 ZURICH – The Federation Internationale de Football Association (FIFA) has suspended the Pakistan Football Federation (PFF) with immediate effect due to a hostile takeover of the Lahore headquarters.

A statement issued by the global football body stated that third-party interference was a serious violation of the FIFA statutes.

"This situation was prompted by the recent hostile takeover of the Pakistan Football Federations headquarters in Lahore by a group of protestors and an alleged decision by certain individuals to remove the FIFA-appointed normalisation committee of the PFF led by Haroon Malik and to hand over the leadership of the PFF to Syed Ashfaq Hussain Shah.’ the statement added.

Syed Ashfaq Shah led a group that had takeover into PFF headquarters last month, forcing Haroon Malik along with others to vacate the office control.

FIFA had termed the takeover illegal and issued an ultimatum that the committee should be handed over the PFF control by March 31 otherwise Pakistan could be suspended from its membership. The overtaking group also disregarded the deadline from the global body and continued working.

The issued statement further added that this suspension will only be lifted once FIFA has received confirmation from the normalisation committee of the PFF that the PFF’s premises, accounts, administration, and communication channels are again under its full control and it can continue to carry out its mandate without further hindrance.

Uncertainty hangs over the future of Pakistan football as an unrecognized group is reluctant to end its forcible ...

The decision was prompted by the recent decisions of Chadian authorities to permanently withdraw the powers delegated to the FTFA, establish a national committee for the temporary management of football and seize control of the FTFA’s premises.