Largest oil reserves found in Pakistan? Here's why this may be fake news 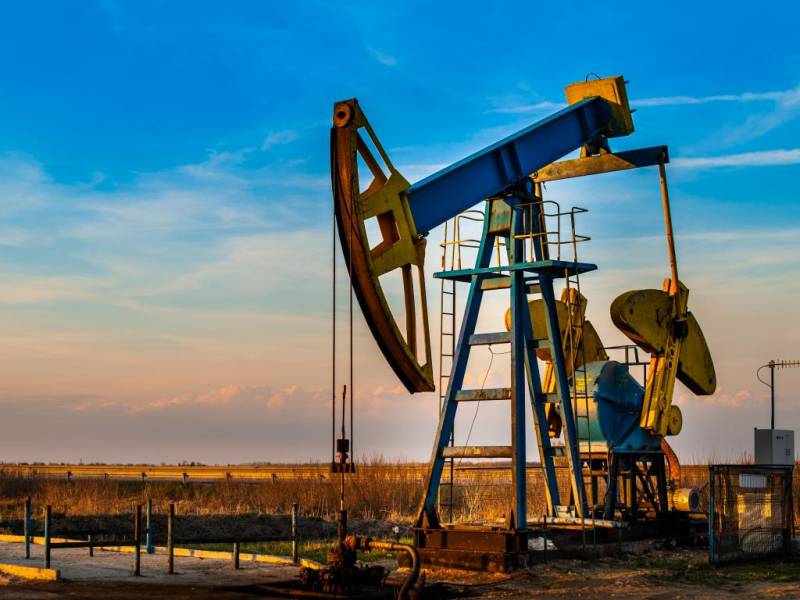 LAHORE - The financially-strapped Pakistanis were left pleasantly surprised after being informed by leading media outlets that largest oil reserves have been unearthed in the country, however, the ground realities confirm that the piece of news might appear to be fake.

Pakistani media is currently flooded with speculative and fake news owing to the fraught election season and possible appointments in days to come, however, one of the news story carried by multiple media outlets quoted minister for Maritime Affairs and Foreign Affairs Abdullah Hussain Haroon, as saying that ExxonMobil (multinational oil and gas company) has indicated that it was close to hitting huge oil reserves near the Pak-Iran border, which could be even bigger than the Kuwaiti reserves.

Though Haroon made the comments on Friday while addressing business leaders at the Federation of Pakistan Chambers of Commerce and Industry (FPCCI) adding that the government had already taken an undertaking from the company to set up a generation complex worth $10 billion.

However, the statement seems contrary to the facts and virtually another piece of FAKE news, an indication of which is multiple factors.

Moreover, the ministry of energy has officially announced that there is no truth to the discovery of oil reserves as a result of drilling by ExxonMobil.

According to a statement, the ministry clarified that no license was issued to the American firm in question and so it could not carry out drilling unilaterally.

Furthermore, Husain Haroon has officially denied the quote about a big ExxonMobil oil discovery in Pakistan. 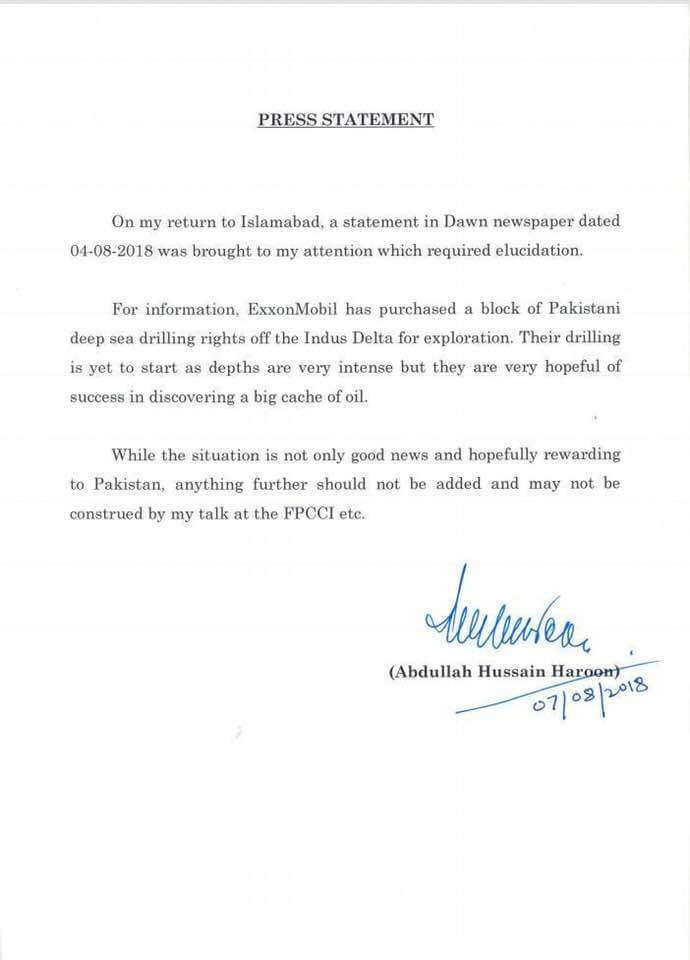 The reported oil discovery is reminiscent of the major reserves of gold, silver, copper and iron ore which were claimed to have been discovered from Punjab’s Chiniot district in 2015.

At that time, then Prime Minister Nawaz Sharif, chief minister Punjab Shehbaz Sharif and notable scientists felicitated the nation, with a hope that the minerals would boost the economy of the country, however, what happened to the discovery, is still unknown to many. 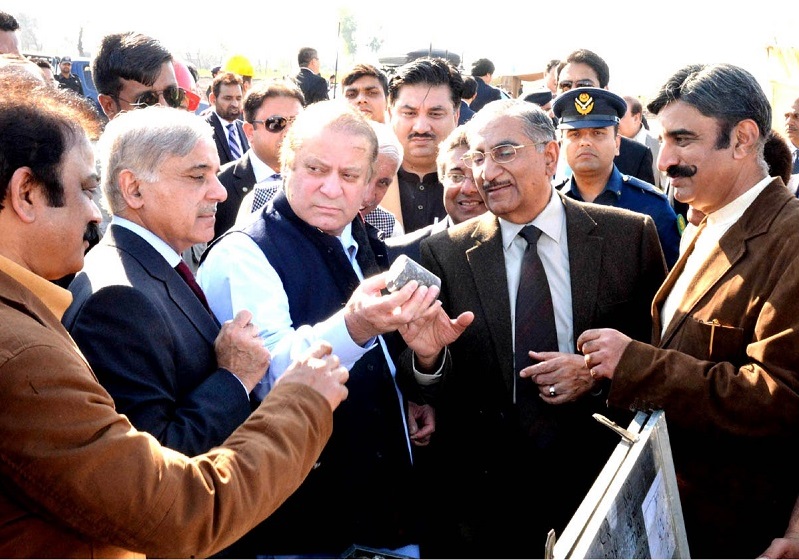 “The discovery of gold is a blessing of Allah Almighty,” chief minister Punjab had said at that time.

Moreover, Dr Samar Mubarkiman, a scientist who was assigned the task of processing the Chiniot project also confirmed the presence of gold and silver deposits, however, nothing substantial followed, three days after the exploration.

The discovery of huge Oil reserves and its exploration by ExxonMobil has proven to be factually wrong despite the fact that the all-aware minister has confirmed the development.

Interestingly, ExxonMobil acquired a 25 percent stake in offshore drilling in Pakistan in May this year for which a ceremony was organized in the PM House between Government Holdings Private Limited (GHPL), PPL, ENI, OGDC and Exxon Mobil.

Previously, Italian energy giant Eni, Pakistan Petroleum Limited (PPL) and Oil and Gas Development Company (OGDC) held 33 percent share each in offshore drilling in Pakistan but the agreement restricted the share of the remaining three companies to 25 percent each.

ExxonMobil has major experience in the realm of offshore drilling, however, it has neither listed Pakistan on its website nor shared the news about the discovery of 'huge oil reserves' near the Pak-Iran border.

The impetus for disseminating such information, which is contrary to the facts, might be to create a positive impression in the Oil and Gas market and to give a fillip to the shares of the American firm in the stock market.

The joint venture has found oil and gas from the development well Mela 05, located in Kohat district of Pakistan’s Khyber Pakhtoonkhwa province. This is the first discovery of oil and gas from Samanasuk Formation in Mela oil field, the company said. The well has tested 95 b/d of oil and 0.249mn ft3/d of gas.