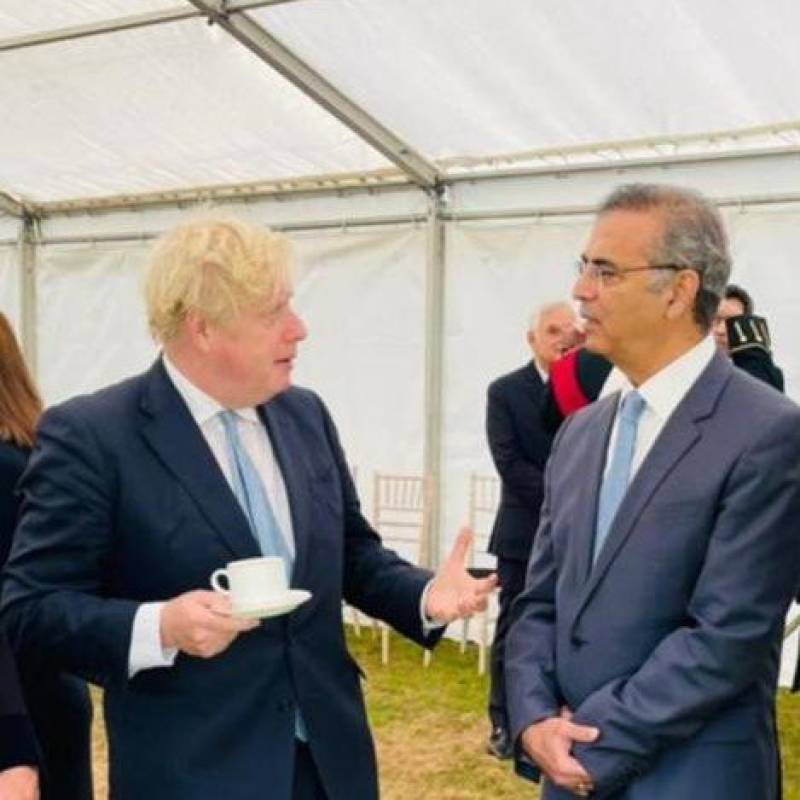 LONDON – British Prime Minister Boris Johnson told the Pakistani high commissioner on Saturday that data was being reviewed to remove Pakistan’s name from the red list.

Pakistan’s High Commissioner to Britain Moazzam Ahmad Khan met British Prime Minister Boris Johnson at a ceremony and raised the British government’s decision to keep Pakistan on the red list despite an improvement in the coronavirus situation in Pakistan.

Talking to the Pakistani high commissioner and other diplomats at the Royal Military Academy Sandhurst, Boris said the British government was reviewing the data to get Pakistan off the red list. Pakistan’s data will be reviewed on August 26.

The United Kingdom placed Pakistan on the red list in early April and then India on April 19 due to the rising number of Covid-19 cases and emergence of the Delta variant.

According to the updated travel listings issued by the British government, India, Bahrain, Qatar and the UAE will be moved to the amber list from August 8 (Sunday).

Two Pakistani cadets also passed out from the 243 passing out parade of Sandhurst Military Academy.

Pakistan High Commissioner Moazzam Ahmad Khan said after his meeting with British Prime Minister Boris Johnson that he would work to take Pak-UK relations to a new high.

British lawmakers on Thursday criticised their own government for its biased policy towards Pakistan. They slammed the ...