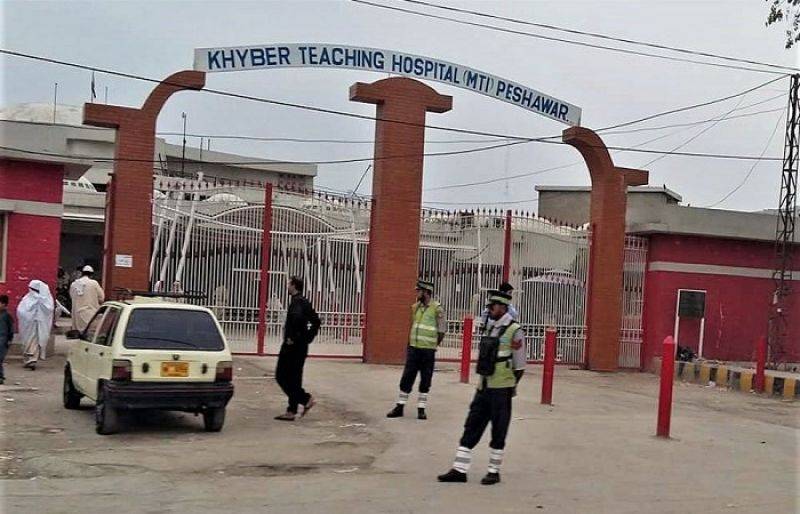 ISLAMABAD – At least seven officials, including director of Khyber Teaching Hospital have been suspended over oxygen shortage incident in Peshawar which resulted in the deaths of six patients.

PESHAWAR – At least six patients lost their life due to shortage of oxygen in Khyber Teaching Hospital (KTH), ...

The inquiry found that while the MTI has an oxygen storage tank of 10,000 cubic meter capacity, yet it is never filled to the capacity. In addition, there is no backup system for oxygen supply as recommended. 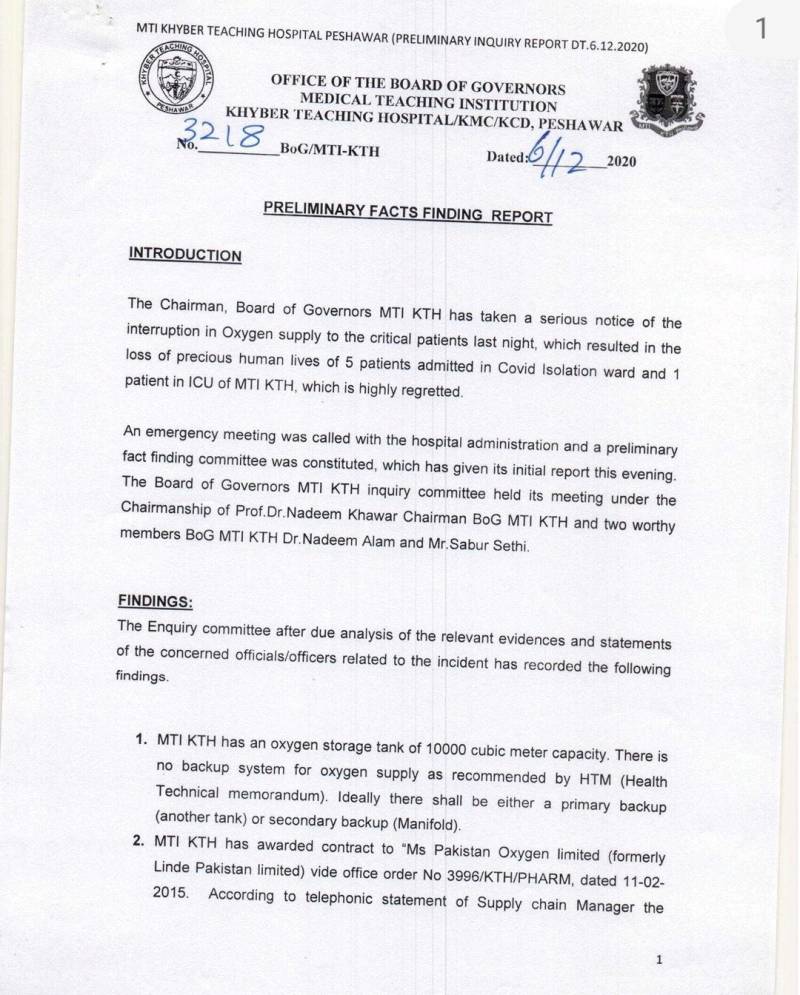 Ms Pakistan Oxygen limited has the contract to supply oxygen to the hospital which got expired on June 30, 2017, and no renewal/extension of the contract is available in the record.