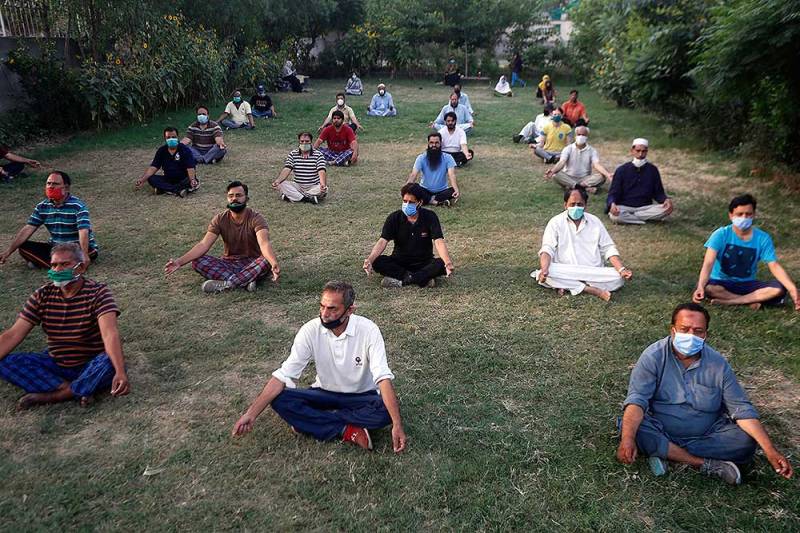 LAHORE – For the first time in Pakistan, police booked a citizen for not wearing a face mask in Lahore on Sunday.

Islampura police registered the case under the provisions of the Punjab Epidemic Control Ordinance 2020.

Muhammad Javed, a resident of Islampura, was booked for being unmasked in public - which has been declared a violation by the provincial authorities after the recent Covid-19 surge.

According to the police officer of Islampura PS, the man was hanging out with friends in public without wearing a face mask.

Lahore administration on Saturday began enforcing the strict penalties, including up to six months’ imprisonment, ...

Commissioner Lahore Muhammad Usman while speaking with press reporter’s announced that those who do not wear masks will be held and can be jailed for up to six months.

ISLAMABAD – A special National Command and Operation Centre session is scheduled for today to discuss additional ...

Earlier, NCOC Chief said that the third wave of Covid-19 is more dangerous than the first two waves. Adding that the deadly virus is spreading more rapidly in Punjab, Khyber Pakhtunkhwa, Islamabad, and Azad Kashmir.