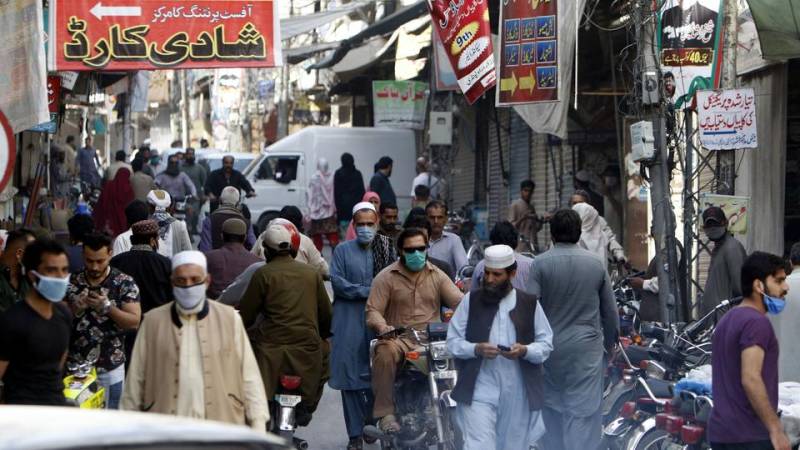 ISLAMABAD – The National Command and Operation Centre (NCOC) on Sunday imposed complete ban on all types of gatherings including social, cultural, political, sports and other events to stem the spread of coronavirus.

Federal Minister of Planning and Development Asad Umar chaired the meeting, whereas chief ministers of all four provinces attended it via video link. In a series of tweets, NCOC announced the decision taken on Sunday meeting.

All kind of gatherings (indoor / outdoor) will be banned with immediate effect. This will include all social, cultural, political, sports and other events.

However, weddings (including both indoor and outdoor) will be banned from April 5 onward. The provinces will be at liberty to implement restrictions as per the situation on ground, the NCOC said.

Complete ban on marriages (including indoor & Outdoor) from 5th April onwards. However, provinces will be at liberty to implement restrictions in early time frame as per the situation on ground.

However, the final decision will be taken based on the input from all provinces and an analysis of the data about the number of inter-provincial commuters via air, rail and road, said the NCOC.

Federal Minister added that the decision has been taken because of the alarming spike of critical Covid-19 patients in Punjab, Khyber Pakhtunkhwa, and Islamabad. NCOC will meet again on April 7 to review the situation.

In the last 24 hours, Pakistan reported 4,767 coronavirus cases and 57 deaths while the positivity ratio has also been alarming rising despite smart lockdown.