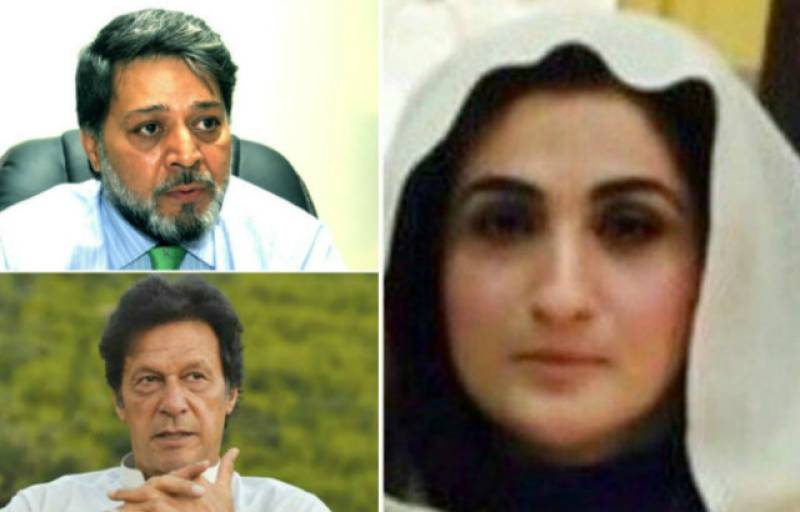 However, the only thing appears to be coming true in the reports of Khan’s third marriage is that a certain section in Pakistani media is fabricating the facts to validate its claims regarding the Maneka family and the PTI chief.

Geo News, a sister TV channel of Mir Shakilur Rehman-owned The News which ‘broke’ the alleged marriage news, claimed on Saturday the former husband of Bushra Maneka, who is rumoured to be Imran Khan’s third wife, has alleged that his married life was disturbed soon after the PTI chairman became her disciple.

LAHORE - The former husband of Bushra Maneka, who is rumoured to be Imran Khan’s third wife, has reportedly alleged ...

However, within less than an hour, the news channel deleted all the tweets about Mr Maneka making such a claim.

The private TV channel also cited Mr Maneka setting the record straight about his separation from his ex-wife. “There is no truth to the rumours of Bushra obtaining khula (a form of divorce initiated by the wife) from me,” Mr Maneka said, according to the Geo News.

Maneka also "clarified that he granted a divorce to his then-wife three months ago", the channel claimed. “Imran proposed her as soon as her iddat (waiting) period was over.”

On the other hand, different TV channels including Neo TV and ARY News presented a totally different picture, with Mr Khawar Maneka categorically denying all the rumours attributed to his family and Imran Khan. 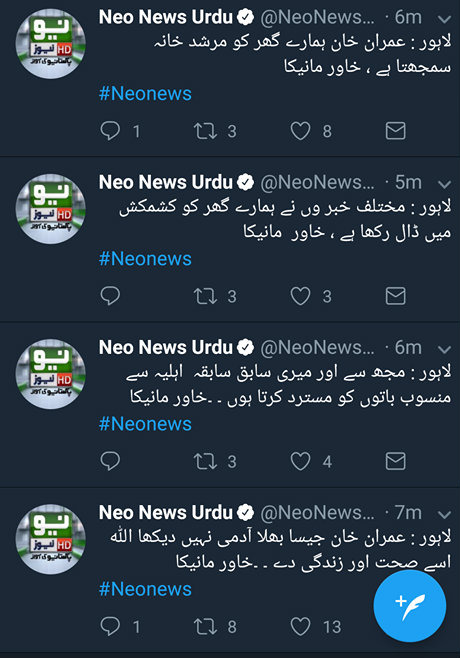 Moreover, in a video making rounds on social media, Mr Maneka is seen praising his former wife, in most suitable words, and also the PTI chief for whom he was all prayers.

Meanwhile, Khawar-Bushra's son Musa Maneka also put the rumours of his mother's second marriage to rest. He, however, confirmed his parents have separated.

It all started after a report by The News claimed that Imran had secretly married his faith healer on January 1.

"If and when the proposal is accepted by Ms Maneka for the marriage, Mr Khan will announce it publicly in the proper manner. Till then we request the media to give the two families, especially the children, their privacy," the statement added.

The party also decided to take legal action against Geo News and its owner, Mir Shakeel-ur-Rehman.

PTI refutes all the speculated news originated and propagated by Jang Group related to @ImranKhanPTI private matter. PTI will take legal action against Geo and Mir Shakeel ur Rehman. pic.twitter.com/5sHKwmZzrf