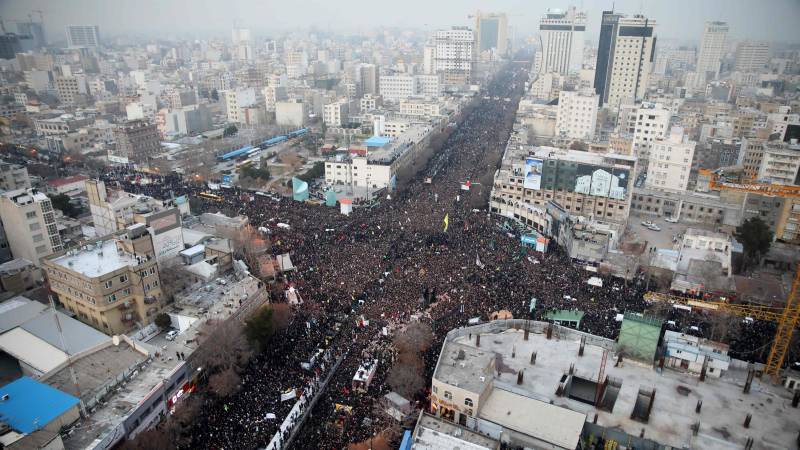 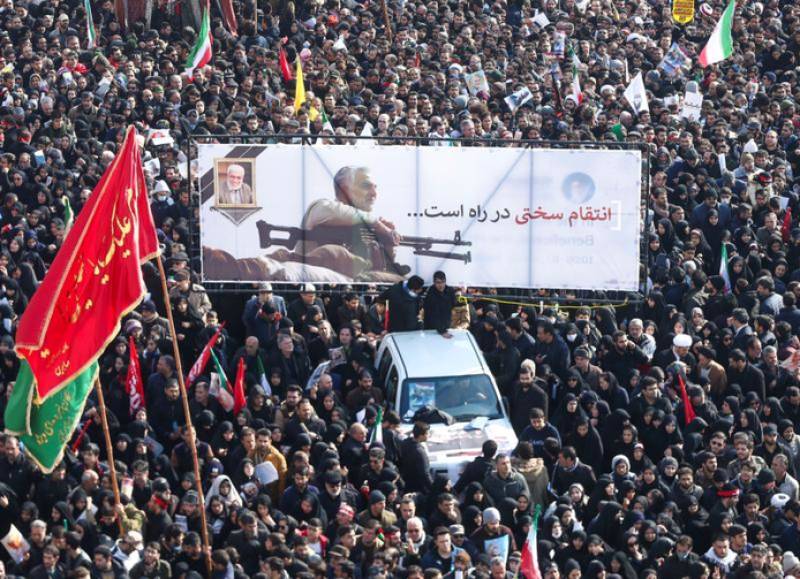 TEHRAN – At least thirty-five people have died and 48 injured in a stampede that erupted at a funeral procession for an Iranian general killed in a US air strike, Iran state TV said on Tuesday.

A procession in Tehran on Monday drew more than one million people on Monday in the Iranian capital, crowding both main thoroughfares and side streets.

Iran: at least 35 people are dead and 48 wounded in stampede during the funeral procession of Qasem Soleimani in Kerman #Iran pic.twitter.com/uc422s1SE1

It was final funeral prayer for General Qassem Soleimani before his burial in Kerman province of Iran—the area where he belonged to. Earlier, he was given state level funeral after his body was taken from Iraq where thousands of people offered funeral prayer of General Soleimani.

General Qassem Soleimani, Iran’s top commander, was killed in a US airstrike in Baghdad on Friday. He was the head of Iran’s Elite Quds Force.

According to media reports, Abu Mahdi al-Muhandis, the deputy commander of Iraqi paramilitary group Hashd Shaabi, was also killed in the US airstrike.

Following last week’s raid, Iraq's parliament in an extraordinary session has passed a resolution calling on the government to expel foreign troops from the country and to cancel its request for assistance from the US-led coalition which had been working with Baghdad to fight the Islamic State of Iraq and the Levant (ISIL).

"The government commits to revoke its request for assistance from the international coalition fighting Islamic State due to the end of military operations in Iraq and the achievement of victory," the resolution read.

"The Iraqi government must work to end the presence of any foreign troops on Iraqi soil and prohibit them from using its land, airspace or water for any reason."