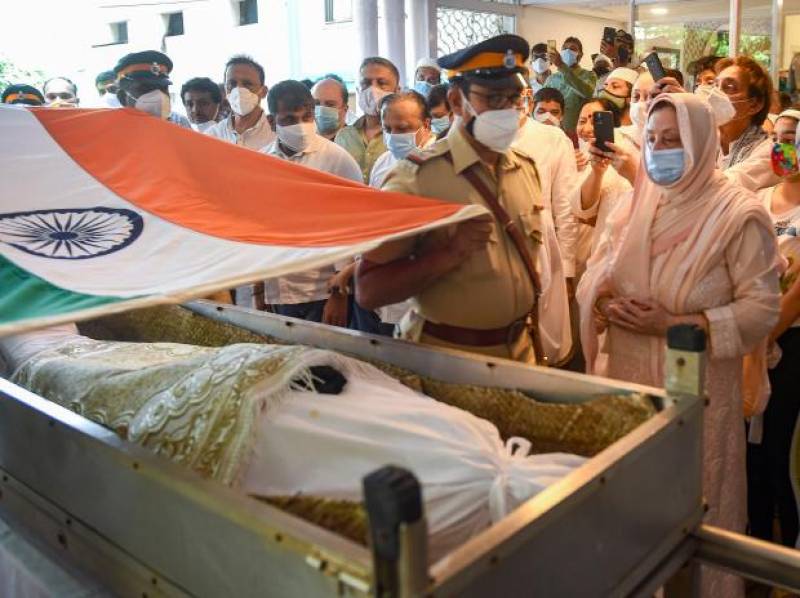 MUMBAI – Bollywood's 'Tragedy King' Dilip Kumar has been laid to rest with full state honours in India, as reported by the local media.

The legendary actor was buried at Juhu Qabrastan in Mumbai. Kumar was one of Bollywood's most accomplished and respected film stars. He died on Wednesday at 7:30 am aged 98.

As he breathed his last at Hinduja Hospital, his admirers from all over the globe stood united in grief with tributes pouring in from all across the subcontinent.

The cinematic legend's mortal remains were brought to his Mumbai home, where Bollywood actors like Shahrukh Khan paid their last respects to him.

Moreover, the actor's dead body was wrapped in the Tricolor as Mumbai Police officials accompanied the funeral procession to Juhu Qabrastan. 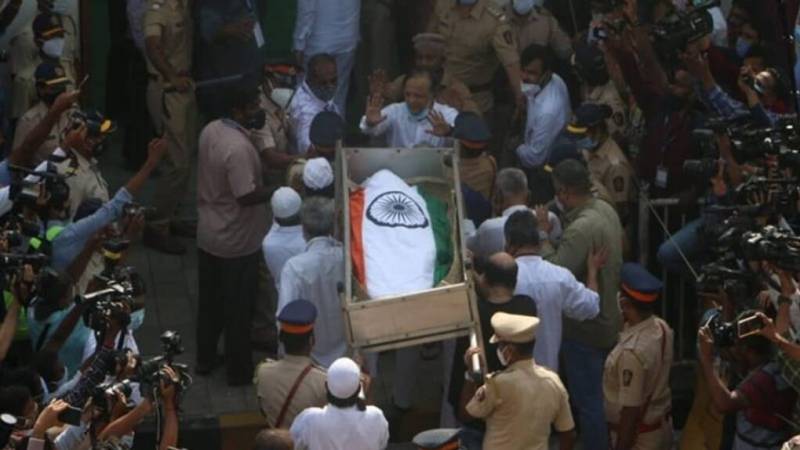 Veteran actor Dilip Kumar's demise has shattered hearts as the subcontinent mourn the loss of the Tragedy King of ...