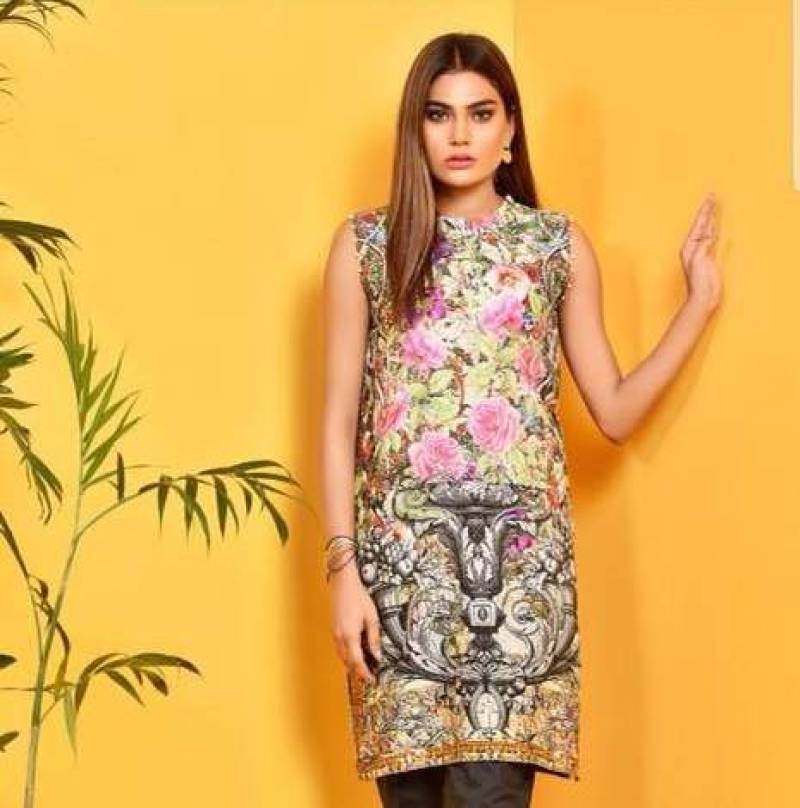 LAHORE - Makers of local luxury clothing lines have been under fire for allegedly copying off designs from Pinterest or other designers abroad and then selling them at a steep price point.

The latest in the series that caught our attention was the outrage of a social media user at Kayseria. According to the woman, Kayseria was inulting women by printing female reproductive system and selling as the hottest, latest print for summers.

Hira Ahmed went onto explaining why such print is objectionable and how it demeans the body of a woman.

"KAYSERIA has insulted and hurt the sentiments of every woman in this country. We will protest and stand together. MAKING FUN OF WOMEN BODY AND USING IT SHAMEFULLY IN their prints and promoting it in a vulgar way is not acceptable. Time to stand up as nation and let our voice be heard. Kayseria #wewillboycottkayseria" posted Hira.

She further posted a drawing of female reproductive system and Kayseria objectionable print for users to make a comparsion.

No comment from Kayseria's officials has been put forward as yet.

(This is a developing story and will continue as any new update develops).