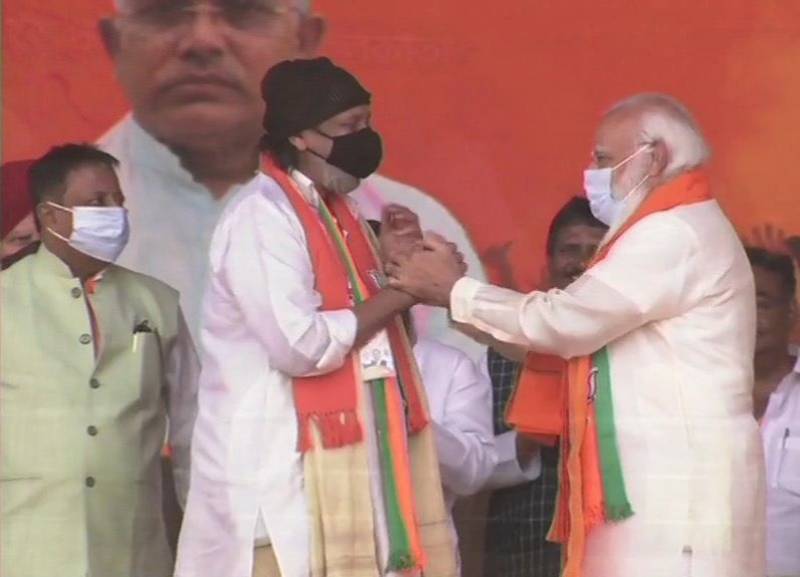 He arrived at BJP’s mega show at Kolkata's iconic brigade parade ground at 12 noon and was welcomed by the BJP’s National General Secretary Kailash Vijayvargi and other state leaders.

‘I am proud to be a Bengali. Today, I am proud to share the stage with PM Modi. This is a dream come true for me,’ Mithunda said.

His induction into BJP will help the party exploit his ‘star power’ and gather larger appeal. BJP faced many defections from the Trinamool Congress, led by firebrand woman chief minister Mamata Bannerjee, and is desperately looking for a CM face in West Bengal. So, Mithunda would be a good choice.

Previously, in 2016, he resigned as Rajya Sabha MP due to health issues and had flown to the USA for medical treatment.

Mithun’s popular dance number, ‘I am a disco dancer’ from the film ‘Disco Dancer’, was a major success in 1982. This film catapulted him to the big league. While Ranbir Kapoor grooved to the song in his film ‘Anjaana Anjaani’, the song was revisited and served fresh by Mithun himself in ‘Golmaal 3’.

The actor has won many Indian National awards and has acted in a total of 350 films during his 45-year career.

KOLKATA – A youth leader of India’s ruling party, Bharatiya Janata Party (BJP), has been, arrested for ...