Shaheen Afridi pays his respect to Lala for wishing him success 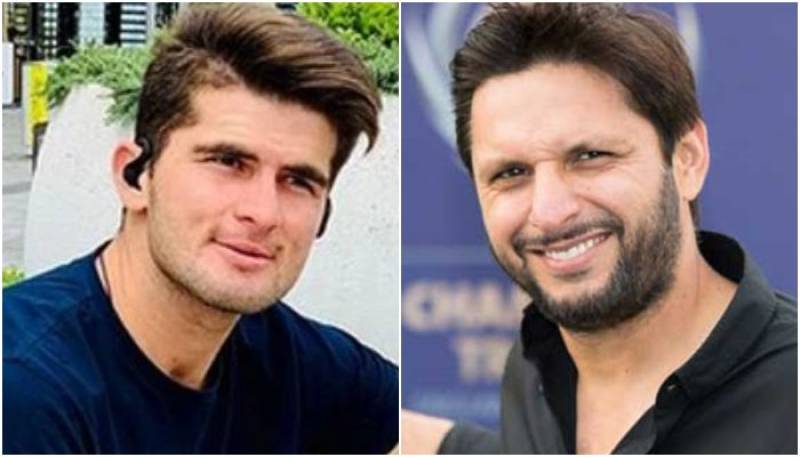 KARACHI – Left arm pacer Shaheen Shah Afridi on Sunday expressed his gratitude to former Pakistan captain Shahid Afridi for his continued success on and off the field.

Afridi senior, wished Shaheen, in response to reports that both families have planned to engage Shahid’s daughter and pacer in near future.

Alhumdulillah. Thanks Lala for your prayers. May Allah SWT make things easier for everyone. You are the pride of entire nation. https://t.co/xfQYnb0ONZ

Earlier today, there were reports that Afridi’s eldest daughter will be engaged to Shaheen in coming years and, according to a representative of Shahid Afridi's family, the proposal had been in discussion for the past two years.

Former captain Shahid Afridi had confirmed that he is in touch with the family of star Pakistani pacer Shaheen Shah Afridi who have asked for his daughter’s hand in marriage.

It is reported that a formal ceremony will be announced after some time as the 20-year-old Afridi is busy with cricket schedules while Shahid’s daughter is currently studying.

The families have requested to avoid speculations about the matter.

Afridi, 20, made his international debut for Pakistan in April 2018 and his Test match debut for the national team in December 2018.

KARACHI – Former captain Shahid Afridi has confirmed that he is in touch with the family of star Pakistani pacer ...