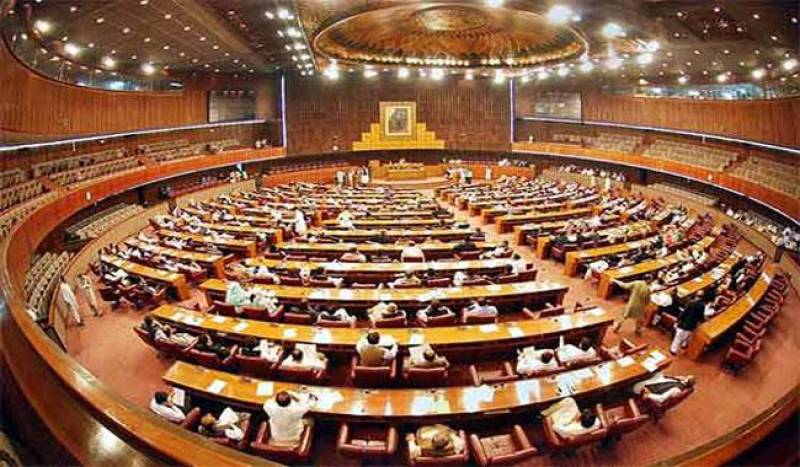 The disposed Prime Minister Nawaz Sharif has finally got some breathing space after he was re-elected as the head of the ruling Pakistan Muslim League. He has regained hold over his party which just two weeks ago, was poised to split from within the family and within its ranks and files from the top to the mid-level leadership.At the heart of his return to the political center-stage was a discreet policy Nawaz pursued behind the scenes, to play tricks to carry out controversial legislative business in the Senate, in order to delete a clause regarding the qualification criteria for the head of a political party from the Political Order 2002.

The government shocked its political rivals when it recently successfully secured the passage of a bill in the Senate where Muslim League (Nawaz) lacked the required numerical strength.

To the great surprise of many, the ruling party called for voting on the lingering electoral reform bill, when it was not even part of the routine agenda of the Senate, and many members of the opposition parties had already left the House. Most of those who were inside the House failed to comprehend the tricks the ruling party had tried to pull off until the controversial passage of Election Bill 2017. This bill also included a very controversial amendment removing an oath from the previous law regarding the acknowledgement of the finality of the Prophet-hood of Mohammad (May Allah shower his peace and countless blessings upon him) from the nomination papers of candidates to contest parliamentary elections.

The elections bill has only served to strengthen the public perception that most of the members of the Parliament are rubber stamps. The government benefited from the notoriety of MPs, that most of them lack either the capacity or the desire to apply their minds independently to undertake the legislative business, preferring to vote for or against tabled bills by blindly pursuing the policy of their respective party. And their party policy was to support the bill since all political parties by and large had reached a consensus to reform the electoral system by reforming the previous legal irritants in the elections laws.

The bill was passed in the backdrop of the hue and cry on the political landscape of the country for the last three years over the need to forge a consensus to bring electoral reforms to hold free and fair elections in 2018. Therefore, all major political parties were given representation in the parliamentary committees. There have been numerous meetings of Parliamentary committees of both Houses of the Parliaments over the years.  More than 100 amendments were suggested and 44 amendments in the Political Parties Order 2002 were finalized.

The Opposition parties insist that none of the amendments included a provision to allow a convicted and disqualified person to hold the reins of his party, and the removal of the oath about the finality of Prophet-hood of last Muslim Prophet Mohammad (peace be upon him), while the ruling party is presenting the opposing view.

For the last three years, the discussion on electoral reforms bill among the members of the Parliament has been a routine matter. Hence they were psychologically desensitized, given the fact that no one was expecting that the government would delete a provision of the Political Parties Order 2002 about the qualification criteria to head a political party. Hence many Opposition MPs left the Senate, and, in their absence, the government secured the passage of the bill with one vote margin amid allegations that the ruling party purchased the loyalty of Attique Rehman, the MQM Senator.

The superior courts of the country are being flooded every other day with petitions from common citizens, Opposition parties, lawyers and bar associations to strike down the amendments, with particular focus on deletion of the provision which had barred a convicted person to head a political party.

Being the head of the political party is a very powerful position to indirectly control the government affairs. Under the existing constitutional and legal scheme, no member of the Parliament can cast vote against the wishes of the party head and, any one doing so would be disqualified after the party chief writes a letter to the Speaker of the National Assembly/Provincial Assembly/Chairman Senate, who would refer the case to Election Commission to de-notify the membership of a MP. This means that, in the given scenario, a disqualified person (Nawaz Sharif) who himself is not eligible to become a member of the Parliament, has the right to decide whether or not to disqualify a member of the Parliament for not adhering to his advice to vote. The tricky amendment in the Political Parties Order 2002 renamed as Election Bill 2017, has given a new lease of life to Nawaz Sharif. But it is likely to be short-lived.

It is a matter of time for the Supreme Court to strike down the amendment, being in violation of many constitutional provisions and its spirit to legislate in the Parliament.

Once the Supreme Court strikes down the amendment, the former Prime Minister is likely to be in trouble, which means more division within the family and the party at a time when general elections are nearing. The amendment induced Sharif to come back to Pakistan from Britain to get himself re-elected as party chief and reluctantly appear before Accountability Court to face the trial on money-laundering charges. Given the strong legal case in the trial court, Nawaz Sharif might not have returned home had the government failed to secure the passage of this amendment in the Senate. Now he appears to have changed his mind after being between the devil and the deep sea. He has been in a quandary. If he prolongs his stay outside Pakistan, he would lose his hold over his party, and can potentially lose next general elections. And if he returns, his conviction is almost sure to happen, given the strong evidence against him, and his likely inability to prove himself innocent from money-laundering charges.

The trial has to be concluded within six months, and therefore, Nawaz has limited options. Nonetheless, he has been engaged in delaying tactics directly and indirectly, by seeking adjournments and not appearing every time in the trial court. He has left Pakistan once again ostensibly to inquire after his ailing wife. Any prolonged delay in his return may compel the trial court to issue his arrest warrant and arrest order through Interpol, a scenario he would prefer to avert. Sharif and his children and son-in law will keep on delaying their indictment as long as they can on the pretext of staying around ailing Kulsoom Nawaz, the wife of the former Prime Minister Nawaz Sharif.