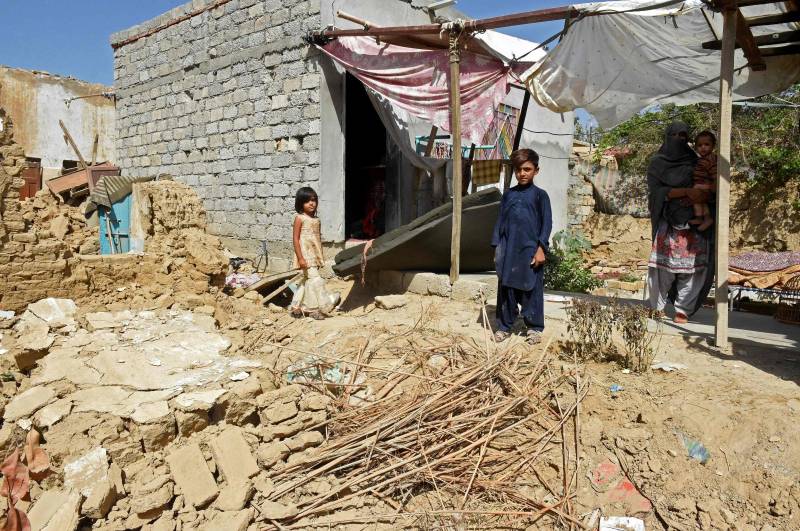 ISLAMABAD – Condolences poured in from countries around the world after a magnitude 5.9 earthquake on Thursday jolted Pakistan’s Balochistan province, leaving at least 20 dead and more than 300 injured.

Turkey’s Foreign Ministry in a statement said, "We received the news with deep sorrow that a magnitude 5.9 earthquake that occurred in the Baluchistan Province of Pakistan claimed lives, left many injured and caused damage to property".

"We extend our condolences foremost to the families of those who lost their lives, as well as to the friendly government and brotherly nation of Pakistan; wishing a swift recovery to the injured and reiterate that, as always, Turkey stands ready to provide every kind of assistance," the statement added.

“I am extremely saddened by the news of numerous human casualties and destruction as a result of the strong earthquake that occurred in the province of Baluchistan in your country,” he wrote.

“In connection with this tragedy, on my own behalf and on behalf of the people of Azerbaijan, I express deep condolences to you, the families and loved ones of the victims, the brotherly people of Pakistan, I wish the wounded to be healed and the consequences of the earthquake to be eliminated as soon as possible,” read the letter.

The Saudi Ministry of Foreign Affairs has also expressed its deep pain and sorrow to the victims of the earthquake that occurred in southern Pakistan.

The ministry expressed its stand and solidarity with brothers in Pakistan in this great loss, and offers sincere condolences and sympathy to the families of the deceased, and to the leadership, government and people of the Islamic Republic of Pakistan, with wishes for a speedy recovery for the injured.

RAWALPINDI – Pakistan Army helicopters and troops were currently involved in relief and rescue activities in the ...