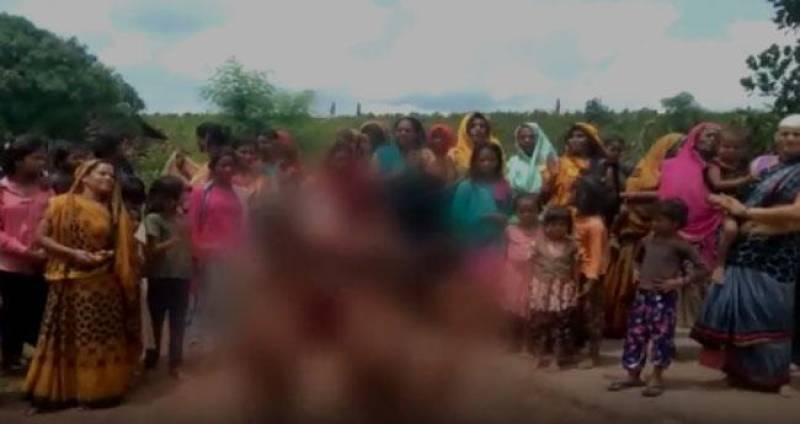 The horrific supersitious incident, which occurred in Damoh village on Sunday, came to light when the videos went viral on social media.

Videos reportedly showed young girls walking naked with a wooden shaft on their shoulders that had a frog tied to it.

India’s National Commission for Protection of Child Rights (NCPCR) has sought a report from the Damoh district administration.

The Madhya Pradesh police said they had not received any formal complaint to register an FIR, adding that they had launched an investigation into it.

"Action will be taken if we find the girls were forced to walk naked," Damoh superintendent of police DR Teniwar told news agency Press Trust of India.

In the video, the girls aged around five walking together in a procession, while a group of women also following them singing hymns.

Damoh district collector S Krishna Chaitanya said the girls' parents had consented to the ritual and had also joined it.

"In such cases, the administration can only make the villagers aware about the futility of such superstition and make them understand that such practices don't yield desired results," he told NDTV.