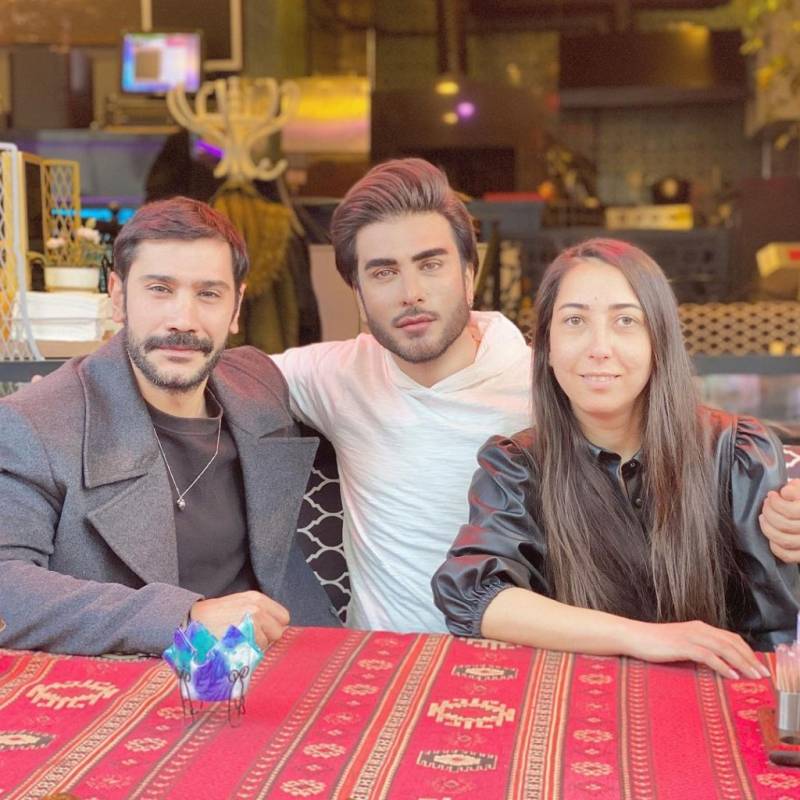 Pakistani actor Imran Abbas is all set to host a show in Istanbul which will be aired in Ramadan.

Titled Baraan e Rehmat which has been announced by Emax Media, fans have been quite curious as to why is the Alvida star is in Instanbul and socializing with Turkish stars.

Now it has been revealed that the show will be co-hosted by Reema Khan from Pakistan.

Emax TV Official has announced the details of the show that Imran Abbas will host a show from Istanbul Turkey which will be aired on Aaj Tv.

On the work front, he worked in the recent drama serial Jo Tu Chahey opposite Alizey Shah.