PAKvSA: This epic Pakistani team celebration video is a must-watch 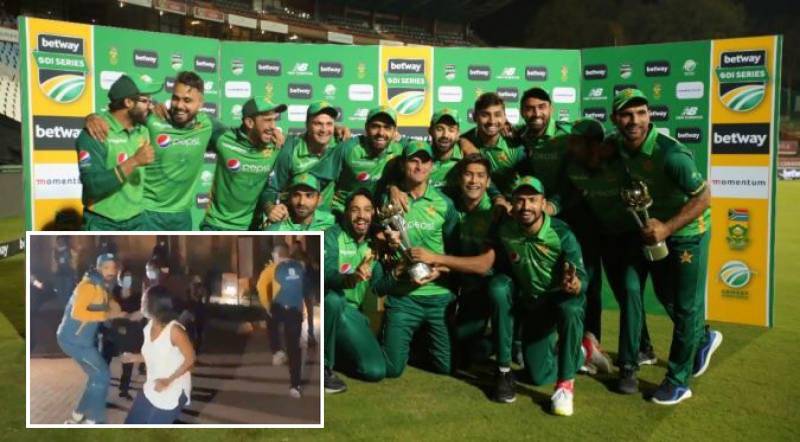 CENTURION – Green shirts Wednesday out-classed Proteas in all departments to take home the ODI trophy and valuable ICC CWC Super League points and the Shaheens seem overjoyed and understandably so.

After the match, the Pakistani team back to the hotel doing a celebratory jig while the hotel staffers looked amused too.

The clip of the celebrations took viral on social media showed Men in Green celebrating in the biosecure bubble. Pakistani right-arm fast bowler Haris Rauf can be seen grooving with the hotel staff that had joined the team in the celebrations.