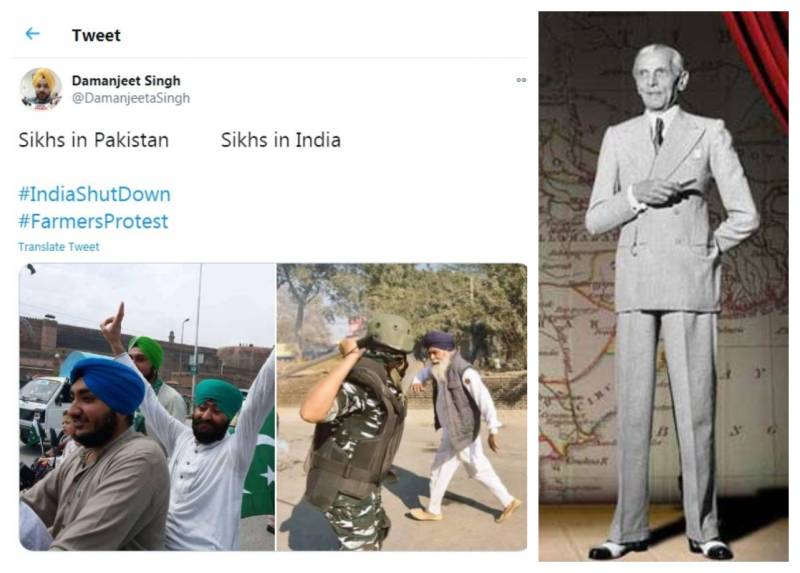 While millions in India took to the streets to protest against the Hindu-nationalist party, others, who couldn’t join the protests, took to social media in support of the farmers.

NEW DELHI – Farmers in India have begun their nationwide strike over amid large-scale protests and clashes over ...

A hashtag that got viral was #Jinnah where Indians seem to agree with the ideology of Pakistan’s founder – the Quaid-e-Azam, Muhammad Ali Jinnah.

Many other hashtags including #IndiaShutdown, #FarmersProtest started to trend on Twitter in the entire region.

Godi media is trying to propagate that Farmers protests are causing inconvenience to many particularly Ambulances.

Also, Pakistanis also took to the social media to show their support for the Indian farmers with #PakStandsWithIndianFarmers that is trending today.

Meanwhile, thousands of people were protesting in support of the farmers outside the Indian embassy in central London.

Amid the coronavirus pandemic, protest sites around New Delhi have turned into camps with entire families cooking and sleeping in the open and Sikh religious organisations were providing them with face masks, water and food.

At least 20 regional and national opposition parties backed the call for the strike.