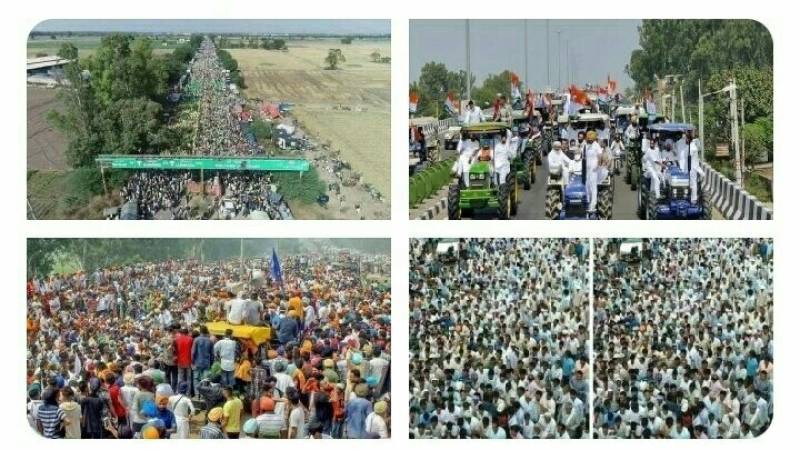 Over 12 million farmers from the northern states of Punjab and Haryana, and neighbouring New Delhi have been at the forefront of the protests since last month, and have set up protest camps in and around the Indian capital. There is also heavy police deployment along border checkpoints.

Just a day ahead of another round of talks, Delhi Chief Minister Arvind Kejriwal's party alleges he has been put under house arrest after he visited the border where farmers have gathered.

"No one has been permitted to leave or enter his house," the Aam Aadmi Party (AAM) said in a statement.

At least 20 regional and national opposition parties backed the call for the strike.

On the other hand, the ruling BJP says the reforms would not hurt farmers' incomes.

But farmers are unconvinced. In recent weeks, thousands of them marched upon Delhi, in a convoy of over 96,000 tractors and on foot. They were met at the border by barricades and clashes broke out when police and paramilitary troops tried to stop them from entering the capital.

In the eastern and western states, farmers blocked roads and railway tracks, delaying hordes of people getting to work, and preventing products from reaching markets.

Amid the coronavirus pandemic, protest sites around New Delhi have turned into camps with entire families cooking and sleeping in the open and Sikh religious organisations were providing them with face masks, water and food.

The farmers’ campaign has found resonance on social media, and among the influential Sikh community in Punjab and overseas.

Since last week, social media has been showing support for the farmers and many hashtags including #IndiaShutdown, #FarmersProtest and #BharatBandh were trending on Twitter in the entire region.

Meanwhile, thousands of people mostly Sikhs are protesting in support of the farmers outside the Indian embassy in central London.