Rashid Latif was working as an analyst on Pakistan Television’s talk show Game On Hai, hosted by Dr Nauman Niaz. He was the second-highest paid employee on the list, getting a salary of Rs950,000. 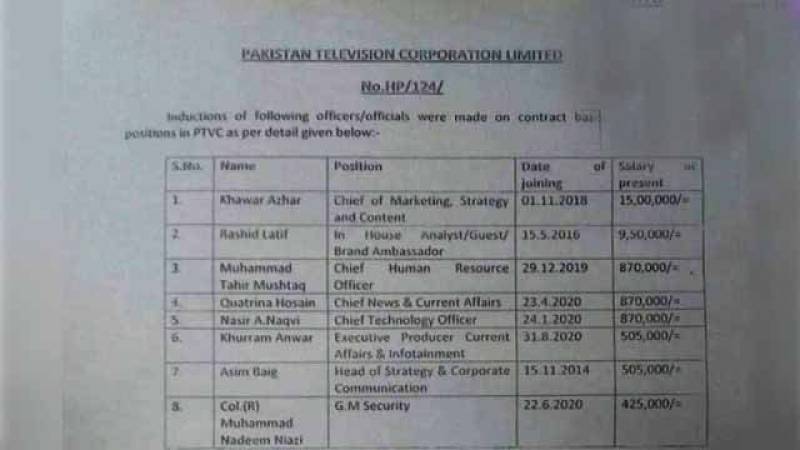 As per the sources, the newly appointed PTV chairman Naeem Bukhari directed the terminations in a meeting with the board of directors.

In a notification issued, the state television cited a shortage of funds for terminating the employees. It has 3,560 full-time workers, and is looking at ways to reduce the number of contractual employees.

It further said that it was decided to drastically reduce the number of contract employees on high salaries; therefore, the dismissal of the octet, of which Latif is a part, was recommended.

On the other hand, the Ministry of Information and Broadcasting also approved the decision.