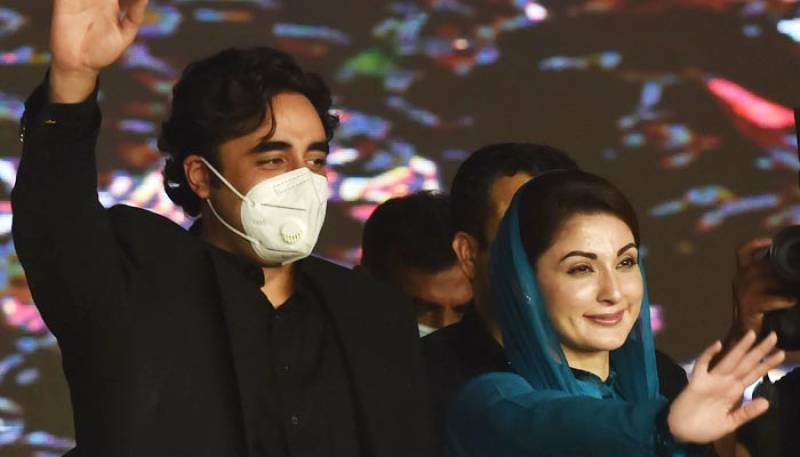 LAHORE – Security officials have issued an alert for terror attacks on the Opposition leaders as they prepare for a major anti-government showdown, under the banner of Pakistan Democratic Alliance, in Punjab capital this Sunday.

Reports in local media cited security officials as fearing the PDM leaders including Maryam Nawaz – the vice-president of PML-N – may be targeted at the Minar-i-Pakistan, where a massive gathering is set to take place on Dec 13th.

Police have informed the PDM leadership about possible terror threats, asking the top politicians to cancel their power show in Lahore to avoid any untoward situation.

As per instructions, the political leaders have been asked to travel by bulletproof vehicles for the rally, besides avoiding use of loud speakers.

Earlier today, PDM head Moulana Fazal ur Rehman announced that they will hold Lahore jalsa at any cost. He also hinted at announcing a long march to the capital Islamabad in the coming days.

“A meeting of steering committee will be held on Wednesday when decision about schedule of long march, shutter down strike and rallies will be taken,” said Fazl. He was addressing a press conference alongwith flanked by PML-N leader Maryam Nawaz, PPP chief Bilawal Bhutto Zardari and others after hours-long meeting in Islamabad.

Rehman asked all parliamentarians of member parties to submit their resignations to their party heads by December 31.

The opposition will not take back their resignation once they are submitted, the cleric-cum-politician said.

Fazl, while responding to Prime Minister Imran Khan’s statement that he will hold elections if Opposition tenders resignation, said that it would be general elections when by-polls are held in over 300 constituencies.

He went on to claim that said that the PDM's upcoming Lahore jalsa over “rigging” will be a "historic" one, and will prove to be the "last nail" for the government.

Earlier, reacting to the PDM's movement, Prime Minister Imran Khan had said that even if the Opposition holds 10 public meetings at the Minar-e-Pakistan, it would make no difference to his government.

PM Imran, while chairing a meeting of the government and the party spokespersons, had made it clear that legal action would be taken against those providing services to the rallies.