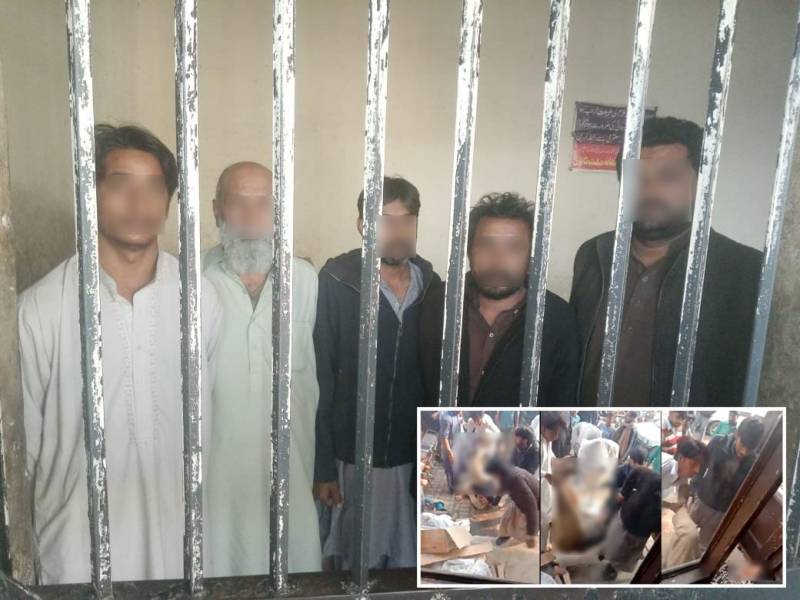 LAHORE – Police in the country’s most populous region have apprehended five men after they assaulted, paraded naked, and filmed four women through a market in Faisalabad in broad daylight.

Reports in local media said the harrowing incident occurred in Faisalabad's Bawa Chak Market while a case has been lodged under sections 354 A-509-147-149 TP at the Millat Town police station against suspects including the owner of an electric Store, his employee, and the owner of a sanitary products' shop along with other unidentified suspects.

The shameful incident, which occurred days after the Sialkot lynching, also shocked the nation as the assault was captured on disturbing videos, which went viral and featured a group of some charged men descending on women as they cry out.

The women, who are said to be paper pickers, walked through the streets wearing nothing but a piece of undergarments as the people around them thrashed the helpless women beside shooting the disgraced sight. The women can be seen pleading to the passersby to let them have a piece of cloth to cover themselves.

Following the outcry on social sites, Punjab Police in an update on the microblogging platform said two of the suspects were nabbed on Monday night while the other three were arrested on Tuesday. IGP Punjab is pursuing a zero-tolerance policy on incidents of violence and harassment against women and children,” the tweet reads.

Meanwhile, the First Information Report stated that a garbage-picker said she went to the local market with three other women to collect garbage on Monday morning.

The complainant stated that they went inside a shop and asked for a bottle of water from the owner of the shop but he started abusing and accusing them of shoplifting. Upon the commotion, other suspects also rushed to the shop and started beating the women for some time and then filmed the victims in naked condition.

It further added that the culprits dragged the women including a teenager through the market and physically assaulted them. Meanwhile, law enforcers on stern directives started conducting raids to arrest the remaining accused.

Punjab Chief Minister Usman Buzdar also sought a report from the RPO of Faisalabad on the incident and ordered the official to take action against the culprits.

Violence against women including sexual assault and domestic abuse is common in the South Asian country.