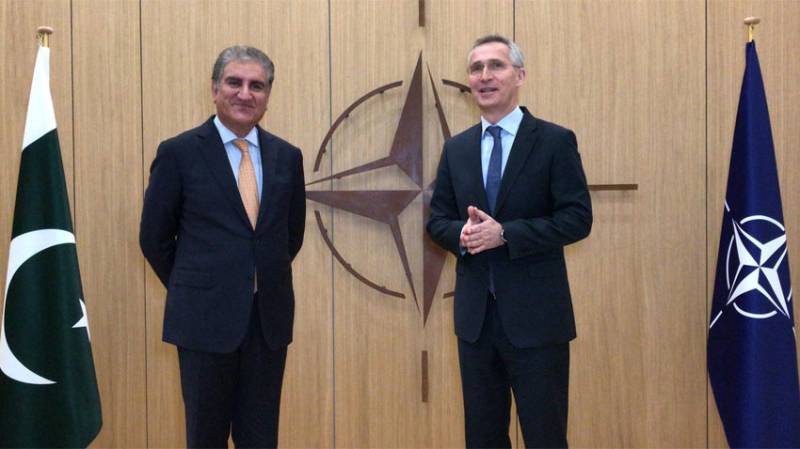 Report of state broadcaster said Foreign Minister Shah Mahmood Qureshi called on NATO Secretary-General Jens Stoltenberg in Brussels in which he highlighted the fast deteriorating situation in Afghanistan, calling on the world to provide humanitarian and economic assistance to the country.

Qureshi also underscored Islamabad’s resolve for peace and stability in Kabul and said the looming humanitarian crisis in Afghanistan is worrying.

Pakistan is pursuing a policy of peaceful neighborhood for peace and stability in the entire South Asian region, he said, adding that Pakistan is desirous of amicable resolution of all outstanding disputes including Jammu and Kashmir through dialogue.

He urged that the cooperation of the international community with the new Afghan setup was essential to check the possibility of people’s migration from the war-torn country and saving the country from becoming again a safe haven of terrorists and the hub of narcotics.

Pakistan was hosting an extraordinary meeting of the OIC Council of Foreign Ministers on December 19 to attract the attention of the international community towards the emerging humanitarian crisis in Afghanistan, Qureshi mentioned while requesting the world community to take prompt measures to help Afghanistan emerge out of its humanitarian and economic crises.

Pakistan’s Foreign Minister, and High Representative of the European Union for Foreign Affairs, and Vice President Josep Borrel co-chaired the 6th round of Pakistan-EU Strategic Dialogue on Tuesday.