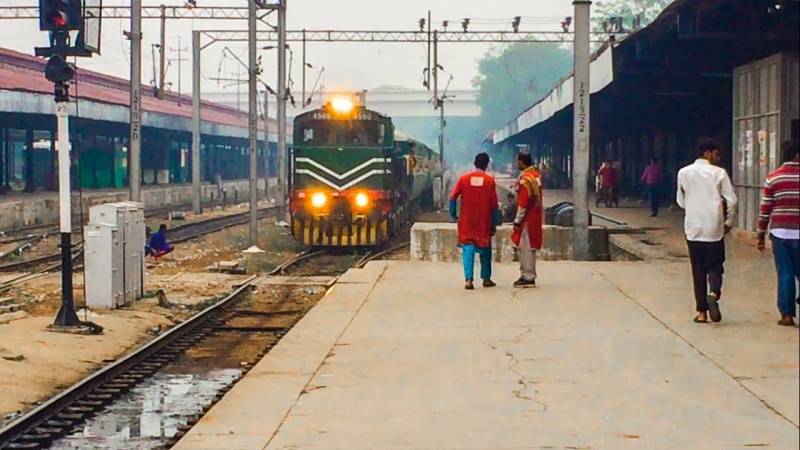 LAHORE – A rail driver and his assistant who stopped a passenger train to get yogurt in Lahore have been suspended after Federal Minister for Railways Mohammad Azam Khan Swati took notice of a viral video.

Reports in local media said the driver halted the train near the Kahna Kacha railway station in provincial capital to buy yogurt while the idea to stop the train to purchase the food item proved too costly for the two railway personnel identified as Rana Mohammad Shehzad and his assistant Iftikhar Hussain.

Authorities came into action after the viral clip garnered criticism of the railways department, which has been in trouble in wake of accidents, passenger safety and late arrivals.

#WATCH| Video shows A #Pakistan Railways Driver stopped the train out of course in #Lahore to buy some yogurt.

A video of an assistant driver of a train stopping the locomotive to fetch yogurt has gone viral leading to his suspension on the directives of Pak Railway Minister. pic.twitter.com/DdCoVJ2okz

A statement issued by PTI Minister stated “I will not tolerate such events in the future and allow anyone to use national assets for personal use”. Adding that, Pakistan Railways is an institution of national trust and we will not allow anybody else to tarnish its repute.

Railway authorities have also issued stern directives for all employees as it imposed a ban on the use of mobile phones by locomotive drivers and assistants recently.

Drivers have also been barred from taking pictures, filming while driving the coaches. Officials had also been directed to keep tracking crew members of a train and take action if someone was flouting the orders.