ISLAMABAD – The Election Commission of Pakistan has warned Prime Minister Imran Khan from not visiting Khyber Pakhtunkhwa’s capital in wake of the upcoming local government elections.

Reports in local media said the Regional Election Commissioner of Peshawar served a notice to the premier for violating the election code of conduct.

The notice dated December 8 reads that the Election Commission of Pakistan has imposed a restriction on visiting the area of any local council and announcing a scheme for the region during the elections. 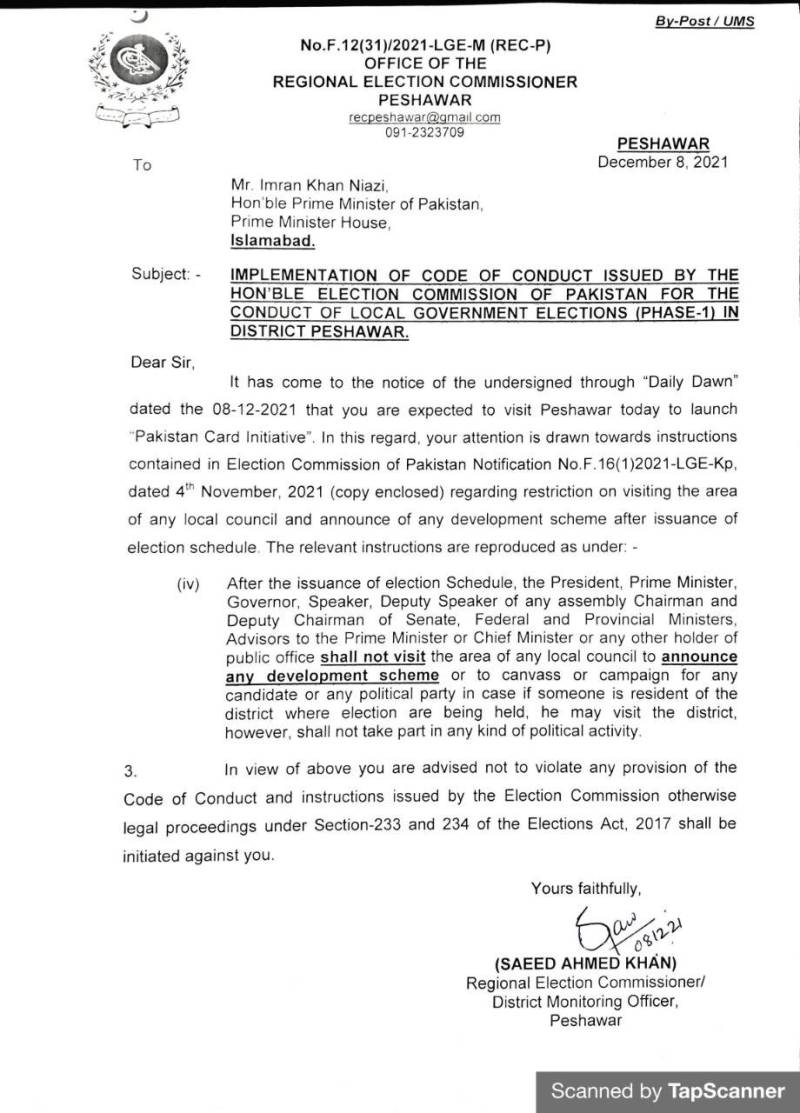 As Local body polls are being conducted on December 19 in Peshawar, the expected visit of the premier will be considered as a violation of the code of conduct, the ECP notice cited.

The notice advised Prime Minister Imran Khan, who is set to launch the Micro Health Insurance Programme in Peshawar, as the president, prime minister, and governors cannot visit the area after the announcement of the election schedule.

ECP also warned Khan of legal action in case of any violation of its code of conduct under Sections 233 and 234 of the Election Act of Pakistan.

Meanwhile, PM Office said the premier is set to launch the Micro Health Insurance Programme during his day-long visit to Peshawar today.

Earlier, PTI leaders said that the launch of the Pakistan Card was an important milestone towards the PM Imran Khan’s vision of an Islamic welfare state. Khan is expected to launch Pakistan Card that would encompass the government’s welfare initiatives including Ehsaas Ration Card, Health Card and Kisan Card.