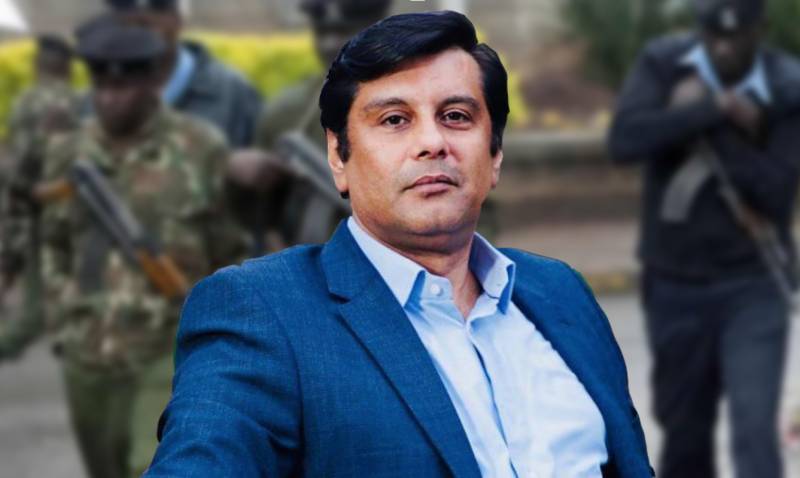 A five-member bench of led by the CJP Umar Atta Bandial continued the suo moto hearing of the case on Thursday.

After constituting a new investigation team, the federal government submitted its notification to the apex court in line with the latest orders.

Sajid Kiani from the Intelligence Bureau, Waqar¬uddin Syed of the Federal Investigation Agency, Murtaza Afzal from Military Intelligence, Muhammad Aslam from Inter-Services Intelligence, and Awais Ahmed from capital police have been named in the JIT to probe the killing. 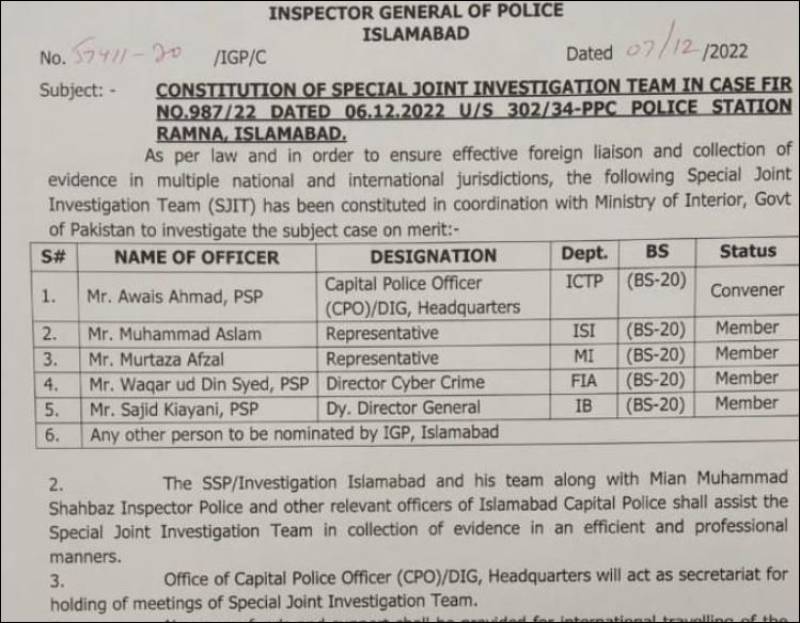 Authorities will approach Interpol to arrest the suspects in the case if required, local media reports said.

During today's hearing, the bench asked the time frame to conclude the investigation to which officials said the probe would be dependent on the Kenyan officials, assuring all possible efforts to complete the probe at the earliest possible time.

The court later directed officials to submit a progress report to the court every two weeks. The hearing was then adjourned for a month.