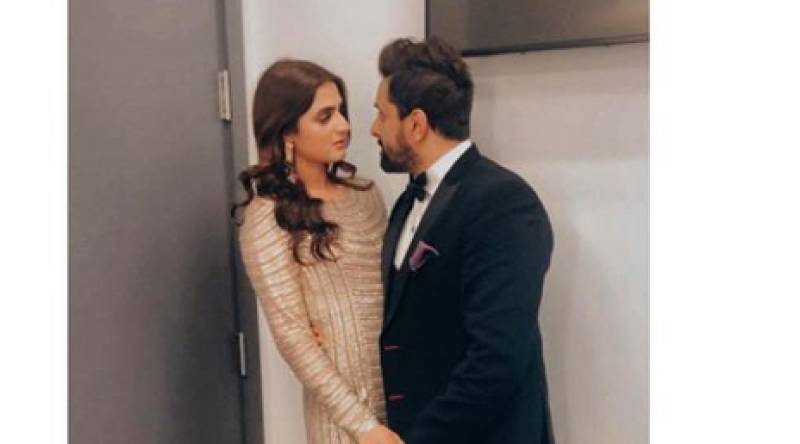 DUBAI- Hira Mani is not only a fabulous actor but a woman of many talents, including singing.

The Do Bol star stunned the hosts and audience at the Pakistan International Screen Awards as she sings the OST of the immensely popular drama serial Meray Paas Tum Ho in Dubai.

Not only did Hira captivate the audience with her melodious vocals, but looked absolutely breathtaking while doing it. She chose to wear a shimmery gown with a slit.

She had been nominated for ‘Best Actress’ at PISA for her outstanding performance in drama serial Do Bol.

Hira was spotted at the award ceremony with her family and kept her fans posted with several pictures on her Instagram.