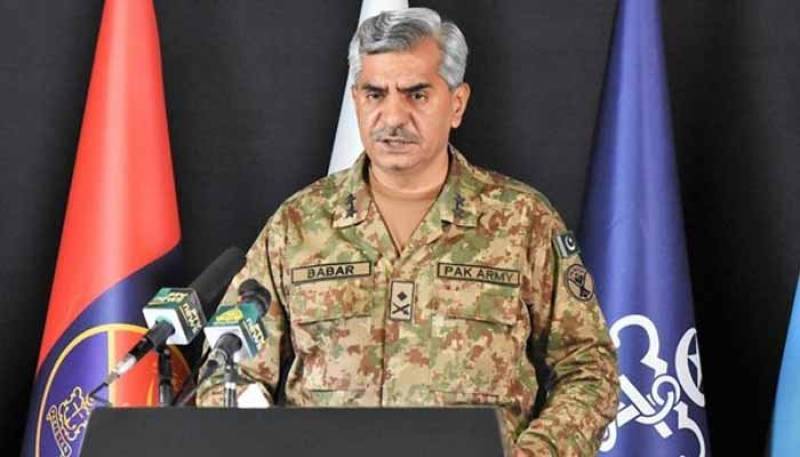 RAWALPINDI – Pakistan Army spokesperson reiterates that military leadership has no backdoor contacts of any kind with any political party.

Refusing the statements, the military media wing spokesperson said, "don't drag Pakistan Army into politics as it has nothing to do with it."

Maj Gen Babar Iftikhar strongly refuted claims by opposition leaders regarding ‘ongoing talks’ with the opposition alliance. "If there is any evidence in this regard, then bring it forward, otherwise, such speculations should be stopped," he added.

DG ISPR also expressed gratitude towards the Chinese Army who donated the vaccine to the Pakistani Armed Forces.

RAWALPINDI – Pakistan military is the first foreign military to receive vaccine assistance from the ...

In a statement, while regarding Ali Sadpara as a ‘National Hero’, Major General Babar Iftikhar said that unfortunately the mountaineer went missing 72 hours ago. “There are no shortcomings in the search operation, however, the team is facing difficulties due to extreme weather conditions.”