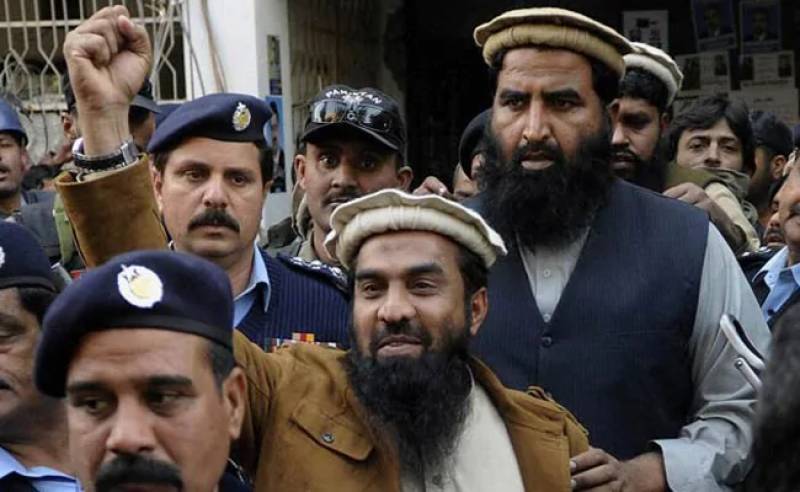 LAHORE – A court in Punjab capital has sentenced Zakiur-ur-Rehman Lakhvi to 15 years in jail in a terror funding case, barely a week after his arrest.

The court handed down 15 years imprisonment to Lakhvi, besides imposing a fine of Rs 300,000.

ATC-III Judge Ejaz Ahmad Buttar conducted the case proceedings and handed down imprisonment on proving charges mentioned in an FIR No 26 of 2020, registered and investigated by the Counter-Terrorism Department (CTD).

The CTD had registered the FIR against Lakhvi on charges of running a medical dispensary to collect money and financing terrorism through it.

The prosecution presented witnesses and evidence against the convict during the case proceedings.

Lakhvi, 61, was arrested earlier this month by Pakistan's Counter-Terrorism Department (CTD) during a raid conducted in Lahore. The department's spokesperson said that Lakhvi was arrested during a raid for allegedly financing terrorists.

He is accused of being a leader of a militant group blamed by the United States and India for the 2008 Mumbai attacks.

ISLAMABAD – The United States has welcomed the arrest of Lashkar-e-Taiba (LeT) leader Zaki-ur-Rehman by the ...