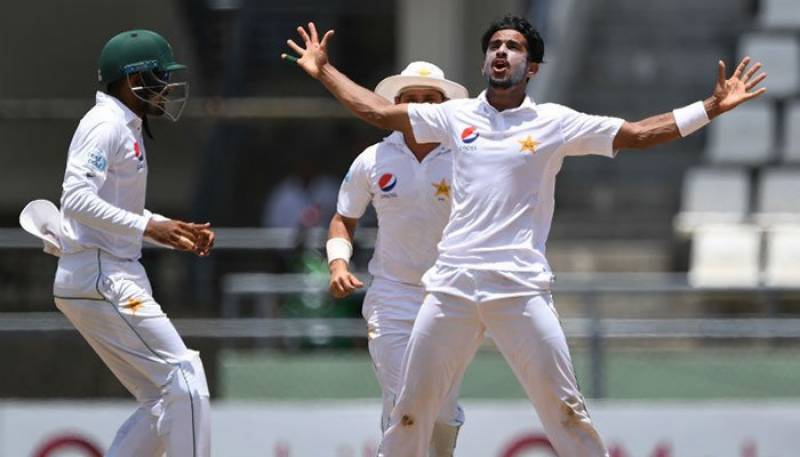 Pakistan’s star pacer Hasan Ali is among three players nominated for the ICC Player of the Month award for its May edition.

Ali’s nomination comes after his stunning performance in the series against South Africa and Zimbabwe.

According to ESPNcricinfo, the right-arm Pakistan bowler is currently the leading wicket-taker in all formats of cricket in 2021.

The other two nominees are Sri Lanka’s Praveen Jayawickrama and Bangladesh’s Mushfiqur Rahim.

Last month, Pakistan’s Babar Azam won the ICC Men’s Player of the Month for April 2021, for his consistent and outstanding performances across all formats in the recently concluded series against South Africa and was chosen as the April winner by fans and the ICC voting academy.

RAWALPINDI – Hasan Ali’s maiden 10-wicket haul has made him a member of a very prestigious group. The ...