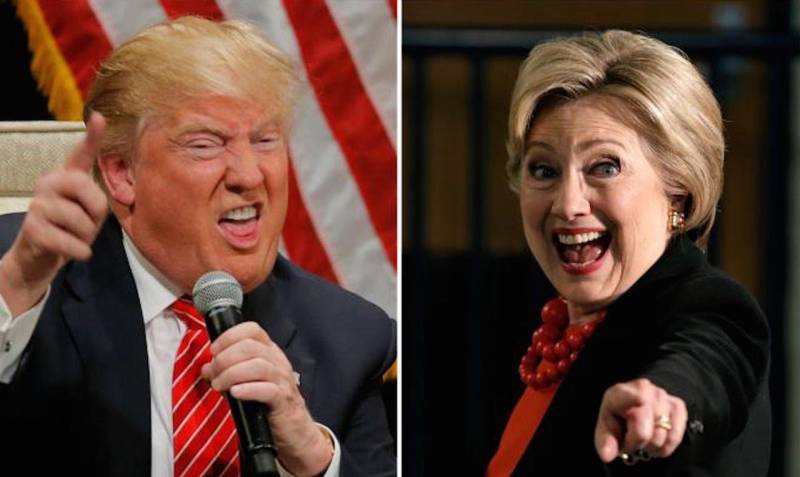 WASHINGTON - Hillary Clinton out-shaded Donald Trump in a recent Twitter exchange and tweeple are here for it. During an interview, Hillary confirmed she isn’t running for the Presidential bid in 2020 and Donald Trump took this opportunity to throw a jibe at her. Hillary, however, posted a tweet that has since gone viral and won over Twitter.

“Aw-shucks, does that mean I won’t get to run against her again? She will be sorely missed!” Trump tweeted on March 6. 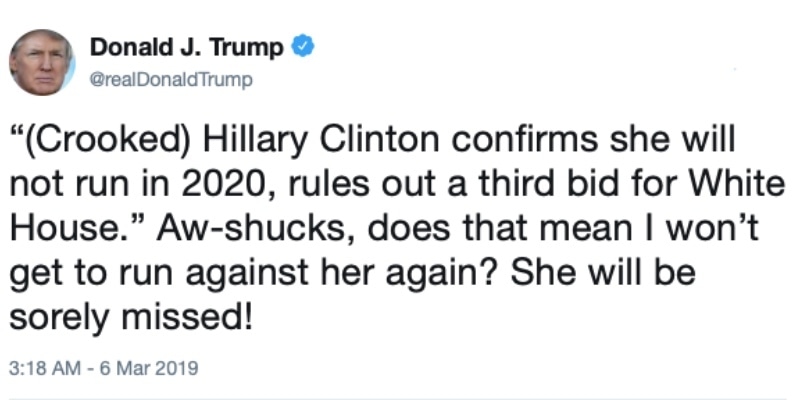 Hillary, however, posted a tweet with nothing but a GIF from popular 2004 film Mean Girls as what many believe is the perfect reply to Trump’s retort.

Trump is desperately trying to figure out how to tweet out GIFs... that will take him 6 months at least

What is your say on this? Share your views with us in the comments section below.