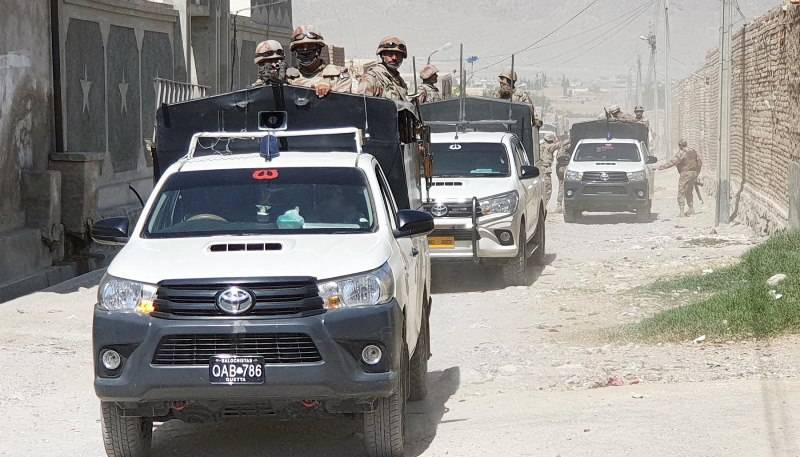 QUETTA – The Counter-Terrorism Department on Monday killed five alleged terrorists in the Mastung area of Balochistan.

The spokesperson of Counter-Terrorism said that the operation was conducted after an arrested terror suspect revealed that five men of the Baloch Liberation Army were planning an attack in the provincial capital. The group of five was hiding in a house in Mastung, he added.

When the law enforcers raided the suspected residence, the suspects opened fire at the officers in which five were killed during the exchange of fire, while others fled the spot. They have been identified as Shah Nazar, Arif Mari, Yousaf Mari, Samiullah, and Jameel Ahmed, he added.

The officials added that this BLA cell was wanted in several terrorism incidents including a grenade attack on over a dozen labourers on the Samungli Road, Quetta, another grenade attack on LEAs in the Quetta. They had also carried out a motorcycle IED attack on Azad Khan Marri.

CTD also claimed to recover 10 kilograms of explosives, detonators, and three Kalashnikovs from banned terror suspects. Further operations are underway to find other BLA terrorists and their facilitator networks in Quetta.