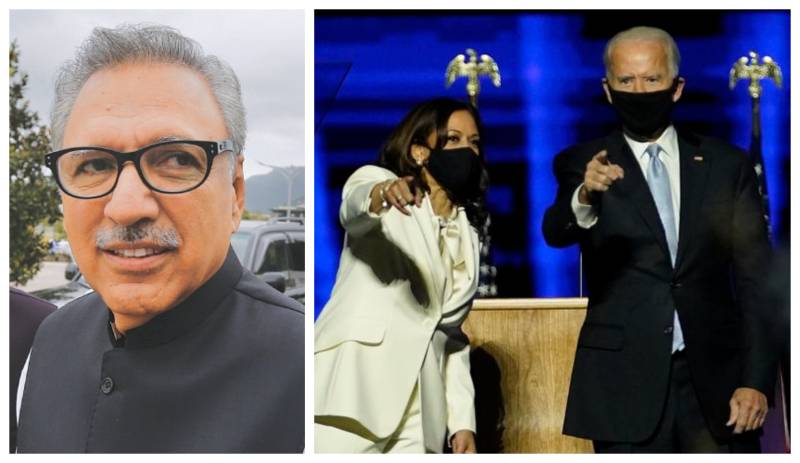 In a tweet, Alvi said we are looking forward to an improving US role towards world peace especially in Afghanistan, as well as the entire region.

The President said Pakistan looks forward to our continued long-term friendship and a dignified relationship.

On Saturday night, Biden and Kamala delivered a message of unity and healing to a divided nation during their victory speeches in Wilmington, Delaware, after the Democratic ticket was announced as winners of the 2020 presidential election.

Meanwhile, President Donald Trump vowed Saturday to press forward with a legal fight, pushing unfounded claims of voter fraud in response to the news that came while he was at his Virginia golf club.