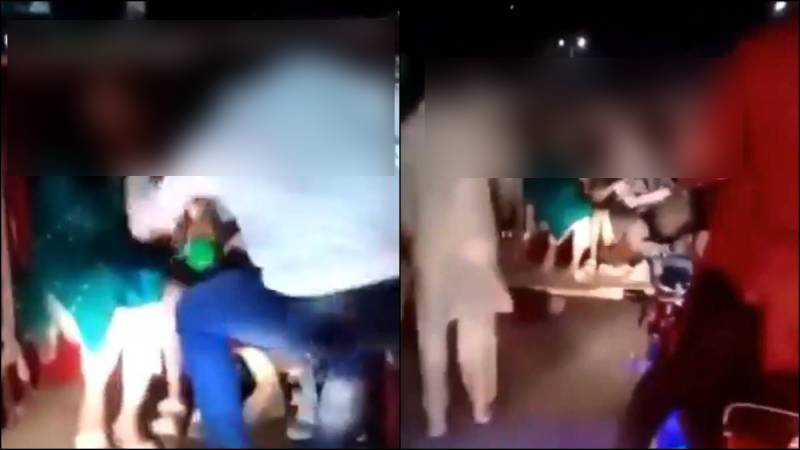 LAHORE – The victim, who was assaulted by a group of men in a rickshaw in the provincial capital, recognized four suspects during an identification parade.

Reports in local media quoting sources said the victim was taken to the Camp Jail in security and she identified four men, including the prime suspect during an identification parade, which was supervised by the judicial magistrate.

The men are identified as Usman, Irfan, Abdur Rehman, and Sajid who harassed her while the prime suspect jumped on the rickshaw and forcibly kissed the victim, leaving her in shock and prompting the other to slap the harasser while the other men were seen cheering the act while one of the harassers filmed the heinous act.

All men were arrested after a clip of the incident went viral on social media. They were later identified through CCTV footage after former Punjab IGP Inam Ghani took notice. A case was then registered at the Lari Adda police station.

LAHORE – Police in the provincial capital apprehended the biker who captured the video of a woman getting ...

The disgraceful incident occurred on the same day, August 14, when a female TikToker along with her companions was molested and assaulted by a charged mob in Lahore’s Greater Iqbal Park.

LAHORE – A video showing a man harassing a woman on a busy road of Punjab’s capital has gone viral on ...