Celebrities photoshopped with their younger selves 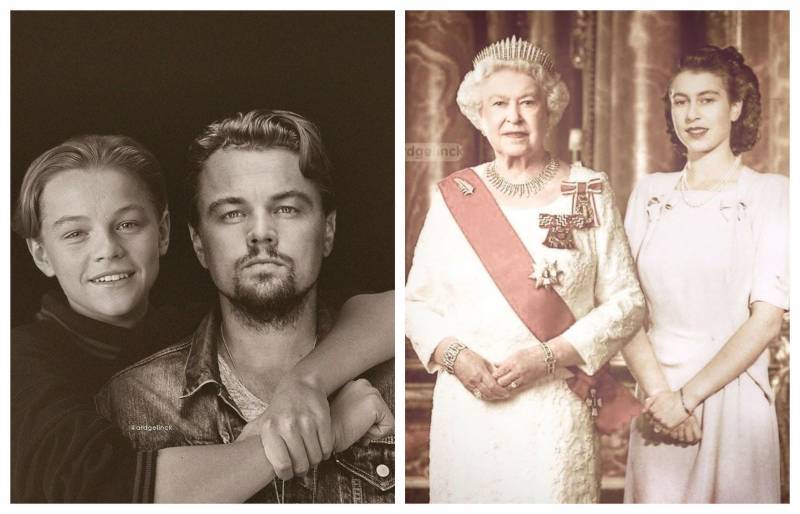 Being under the limelight, the public is always bound to be curious about their favourite stars. Glimpsing into their childhood, celebrities are famous to age gracefully. With the advent of social media, star's throwback pictures leave the fans awestruck.

Artist Ard Gelinck showcased his peculiar art talent as he photoshopped celebrities parallel with their younger self.

Hearthrob Dwayne ‘The Rock’ Johnson has been handsome in every phase of your life. Crowned as one of the most popular wrestlers of the 21st century, the 48-year-old's sturdy body and enormous muscles have been world-famous. The American-Canadian has the profile of being a great entertainer.

As one of the most eligible heroes of Hollywood, George Clooney has been a crowd puller often labelled as the most good looking man. Recipient of three Golden Globe Awards and two Academy Awards, his success was on his breakout role on NBC's hit 'ER'.

Hollywood's actor Ryan Reynolds made it big with television before becoming a success in Hollywood. With a major breakthrough in 2002, the 44-year-old become a known face for his role in Deadpool and for his high-profile relationship with wife Blake Lively.

British royalty Queen Elizabeth is the longest-reigning monarch in the UK. She has reigned since 1952 and hailing from a prominent family, she has been under the limelight since her childhood.

American sweetheart Jennifer Aniston got major stardom with her role in the popular series Friends as the stunning Rachel Green. Airing for 10 seasons, Aniston earned $1 million per episode. Starring in multiple blockbuster films, Anniston is well-loved for her charm and friendly nature.

Leonardo DiCaprio is an American actor and producer, who emerged in the 1990s as one of Hollywood's leading performers. Bagging several accolades, the actor has always had an innocent boyish charm with a charming smile.

Hollywood A-lister Brad Pitt is definitely a woman attracted as the deadly combination of really attractive features woes the ladies. Since childhood, his twinkling eyes paired up with his perfect grooming sense makes him look like a Greek god.

Stunning in his every avatar, Award-winning actor John Depp is always in the news for his good looks and whirlwind romances. Back in his childhood days, the actor was as handsome as today

Will Smith has aged like fine wine and there is no denying that the good looking teenage boy has definitely aged well and become a good looking man.

The host of the late-night talk show The Tonight Show Starring Jimmy Fallon has definitely have been good looking since his childhood days.