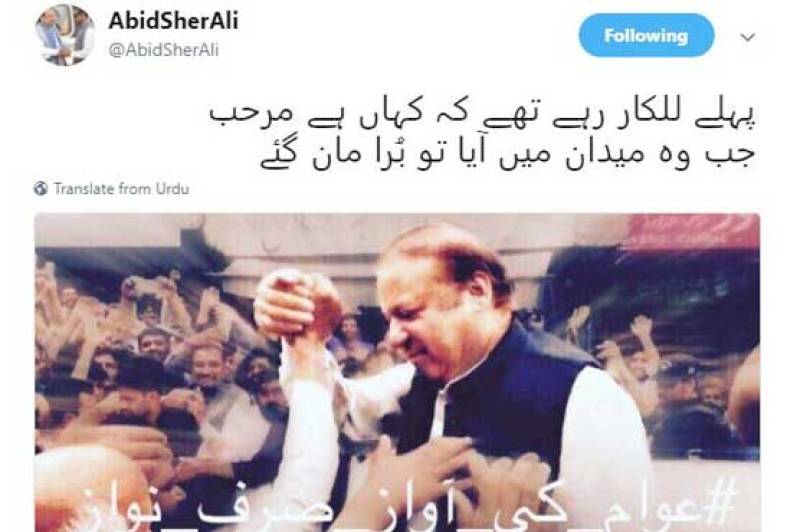 ISLAMABAD - The Minister of State for Water and Power, Abid Sher Ali on Wednesday compared former Prime Minister Nawaz Sharif with Marhab in a bizarre tweet that went viral moments after it was written.

Abid Sher Ali tweeted Nawaz Sharif’s picture along with a couplet which apparently portrays ‘Marhab’ as a hero and compares Nawaz Sharif with him.

For those who might not know who Marhab really was, the historical figure was a Jewish chieftain in Arabia when Muslims, under the command of Hazrat Ali (RA) had attacked the Jewish fort in Khyber. Hazrat Ali had challenged Marhab to a duel and the opponent, who was famed for his height and strength, came out in a one-on-one battle against Ali (RA).  Marhab was eventually killed by Hazrat Ali in the duel.

According to the tradition, Hazrat Ali (RA) had hit Marhab’s head with his sword, splitting his body into two.

Below are some of the reactions that were seen on Twitter immediately after the tweet went viral.